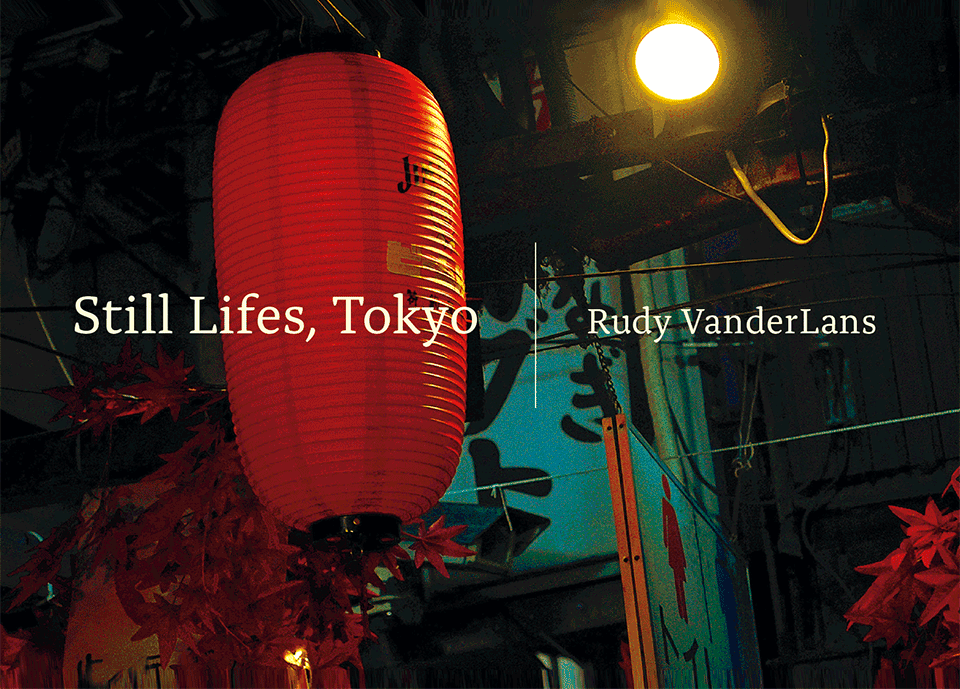 Comprising more than two hundred photos taken over the course of three weeks, the third book in the Still Lifes series leaves the United States for the busy streets of Tokyo, resulting in a volume that is both of a piece with and dramatically different from Still Lifes, California and Still Lifes, USA. The roughly translated advertising blurb for the Tokyo hotel where Rudy VanderLans booked his stay promised “a world of stillness and motion,”and VanderLans used this as his creative prompt. Over the course of his stay, VanderLans walked over a hundred miles, camera in hand, capturing an extensive document of Tokyo’s lived-in details. Just as much care has been taken in the arrangement of the photos, with adjacent images often mirroring one another despite their wildly different subjects. Conspicuously devoid of human figures for such a populous city, these photos capture a Tokyo beneath the surface of the crowd, presenting a version of the city rarely seen in media of any kind.

Read a review of Still Lifes, Tokyo by Rick Poynor in Eye magazine. Published in 2018.

Interview with Rudy VanderLans by Madoka Nishi for IDEA magazine (Japan). Published in 2019.

Interview with Rudy VanderLans by Steven Heller for Print (website). Published in 2018.