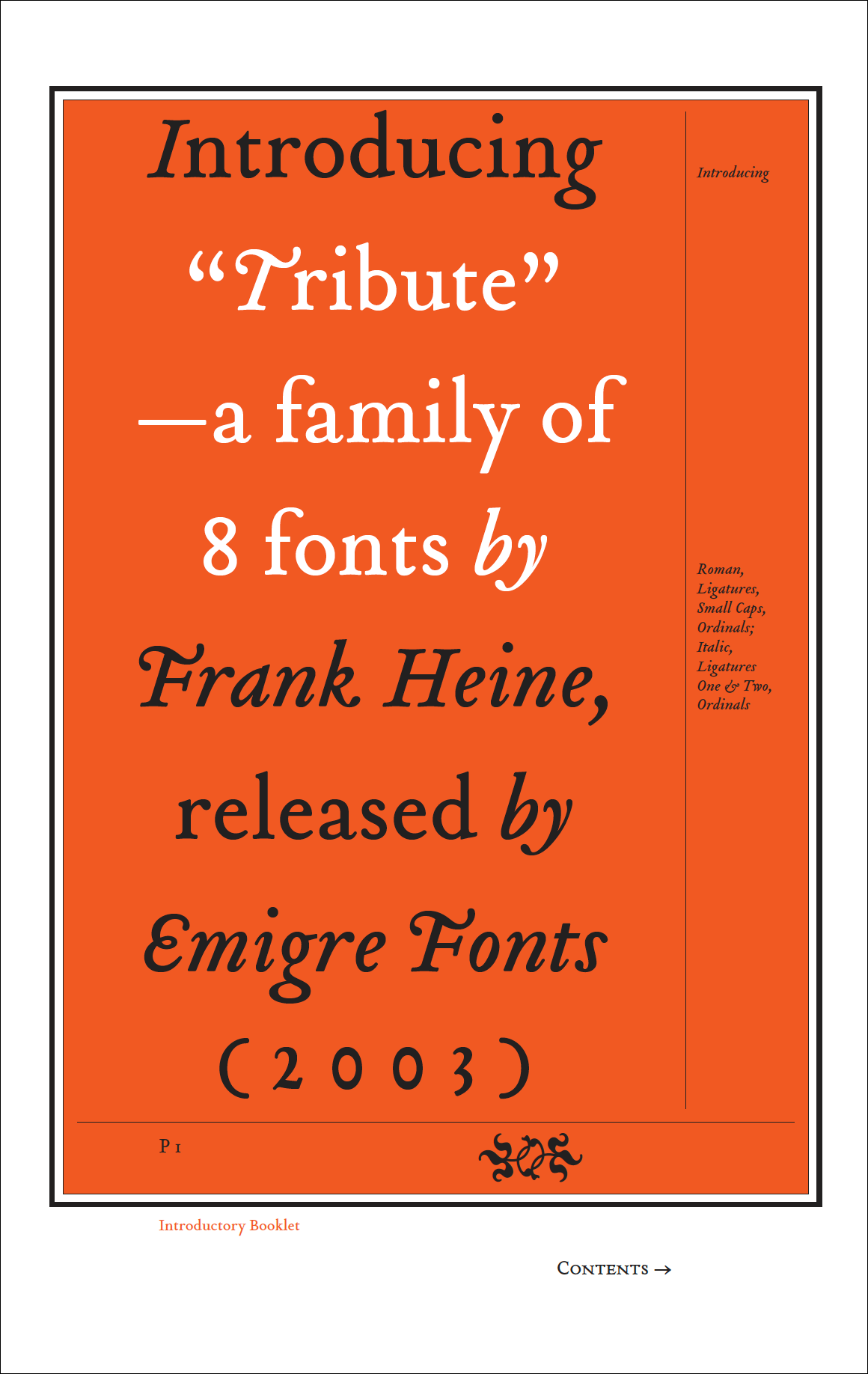 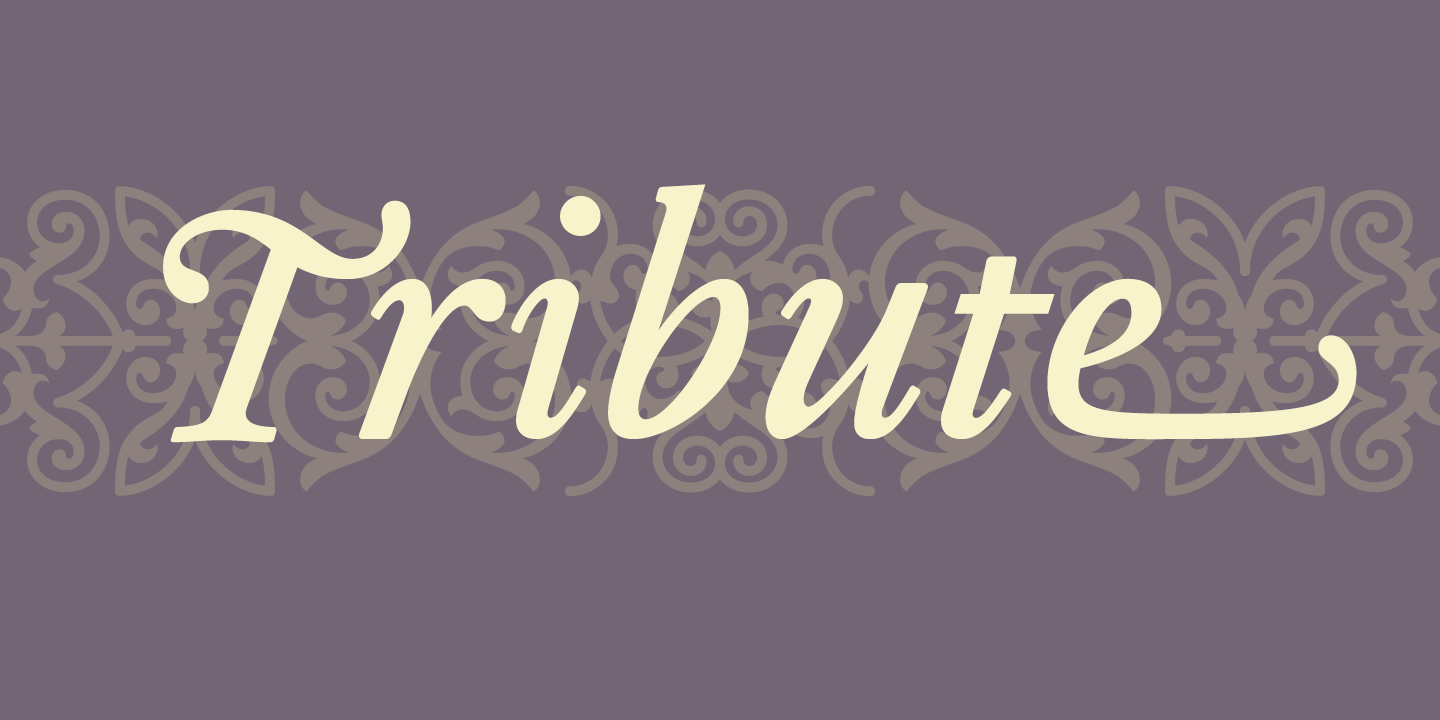 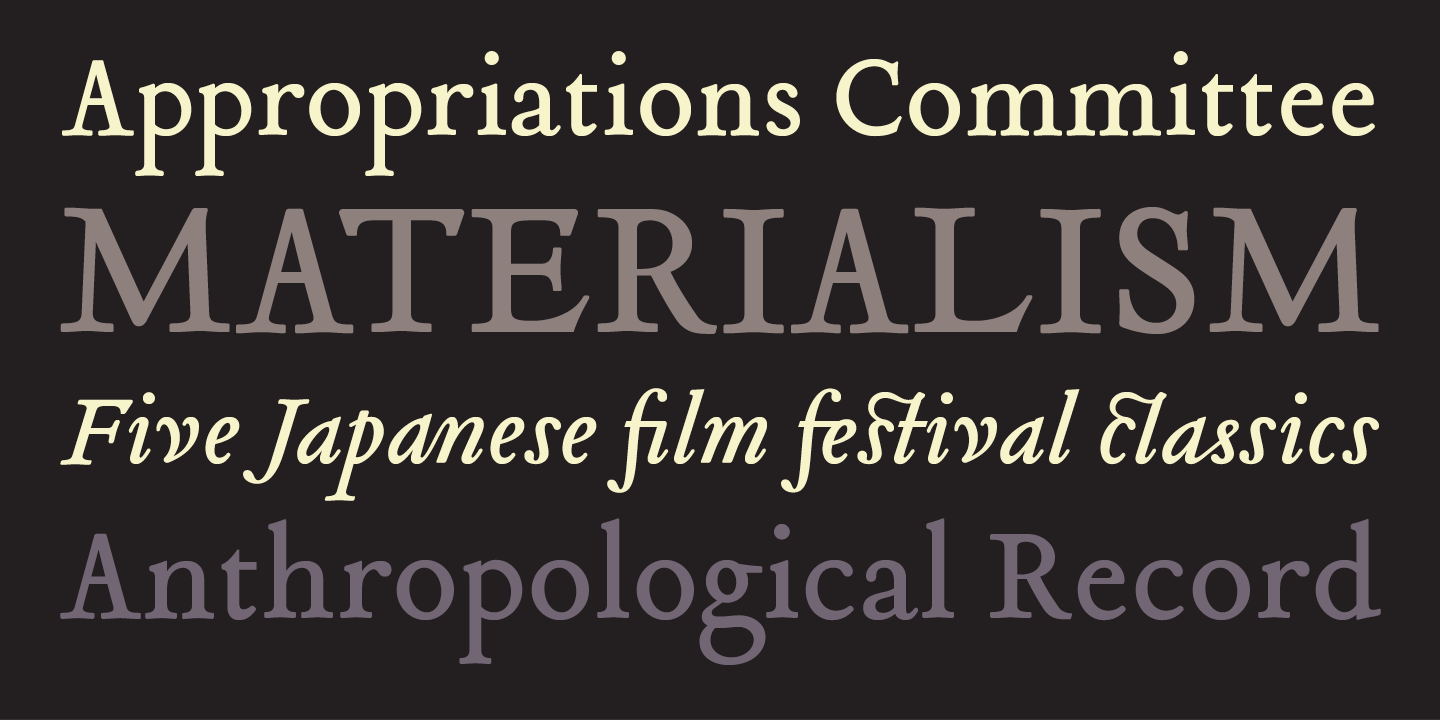 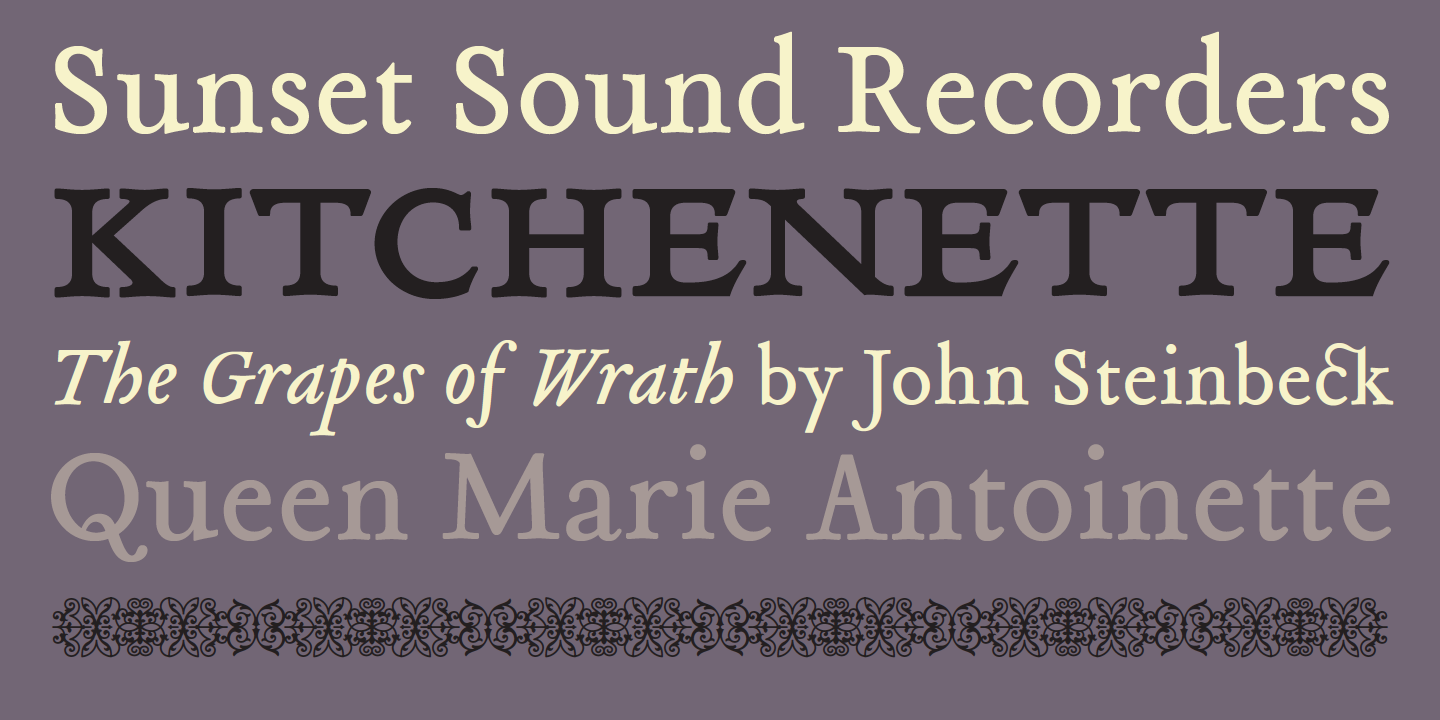 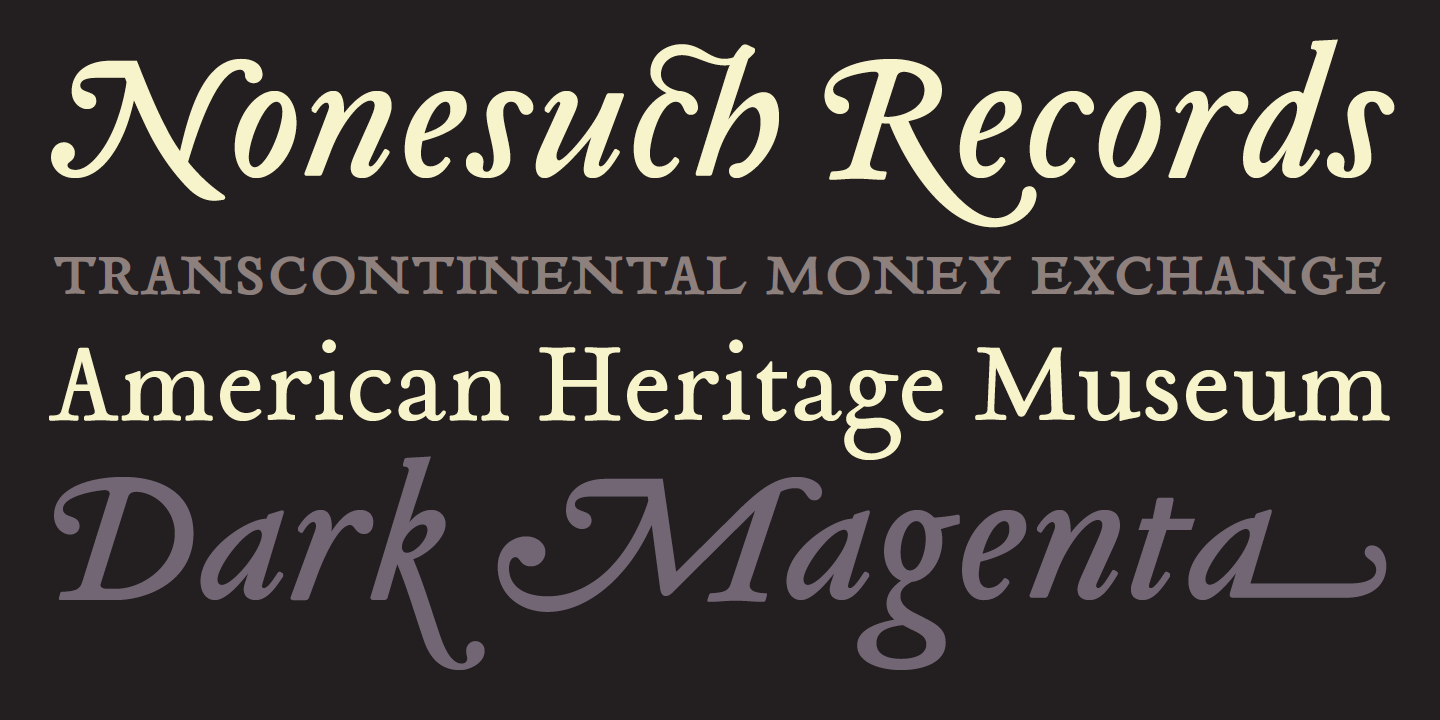 With the release of Tribute, Heine followed a path similar to that of Dalliance by using a single printed source (a photo copy of a reprint of a type specimen printed around 1565) as its model. The specimen in question was set in typefaces cut in 1544 and 1557 by the French punchcutter Francois Guyot. Not nearly as influential as his elders, such as Garamond or Griffo, Guyot’s unusual treatment of certain characters and overall idiosyncratic approach appealed to Heine’s aesthetic sensibilities. Also, to design a font based on a Renaissance Antiqua had been a long held desire for Heine, who said “I am particularly attracted to its archaic feel, especially with settings in smaller design sizes. It is rougher with less filigree than the types of the following centuries thus exhibiting much cruder craftsmanship of the early printing processes.” By using a third generation copy as a model, which did not reveal much detail, allowed Heine enough room for individual decisions resulting in a decidedly contemporary interpretation while maintaining a link to the past.

Fellow type designer and sign painter John Downer describes the result as follows: “It is evident that Frank Heine’s Tribute possesses an element of 'type caricature' in its drawing, but this fact doesn’t relegate it to that one category. Heine has really gone beyond parody, well into an area of personal exploration. He has challenged many traditional assumptions that we connoisseurs of hand-cut type have maintained in our attitude toward the historical accuracy sought and loved and expected in revivals. The result is a unique combination of caricature, homage, alchemy, and fanciful reinterpretation. Tribute, I think, recalls Guyot’s native French-learned style, primarily as a point of departure for an original–albeit implausible–work of historical fiction, with merits and faults of its own.”

For more information about Tribute, download the free type specimen.