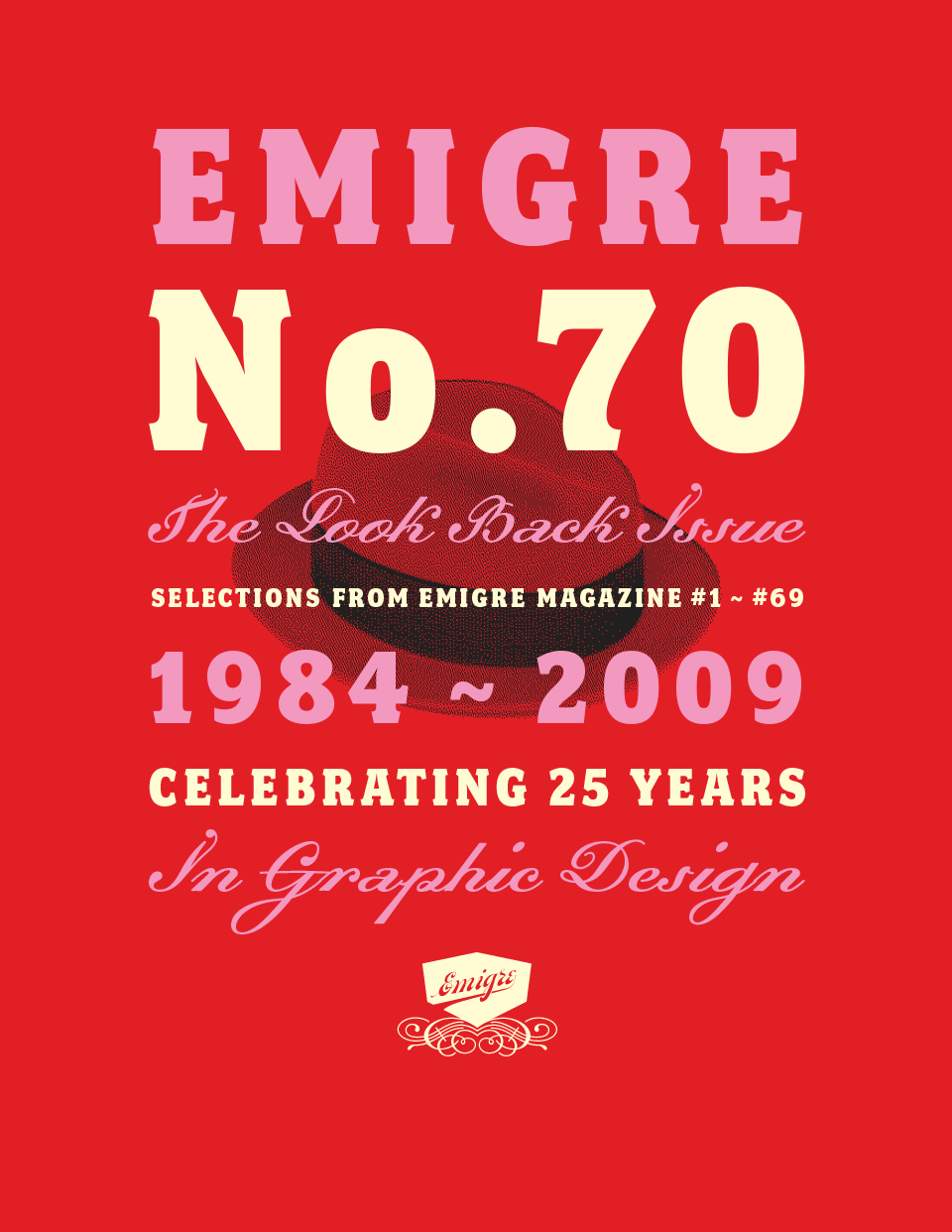 Designed and edited by Rudy VanderLans.

Emigre and Gingko Press are proud to announce the publication of Emigre No.70: The Look Back Issue–Celebrating 25 Years in Graphic Design. The 512-page book covers the best of a quarter century of Emigre magazine–one of the most influential design publications ever.

During the late 1980s and throughout the 1990s, graphic design was experiencing one of its most exciting and transformative periods. The Apple Macintosh computer had been introduced, design schools were exploring French linguistic theory, the vernacular had become a serious source of study and inspiration, the design and manufacture of typefaces was suddenly opened up to everyone who could use a computer, and for the first time in the United States, New York City was no longer the place to look for the latest developments in graphic design. And in Berkeley, California, across the bay from Silicon Valley, Emigre magazine, like no other, recognized the significance of the events, and became both a leading participant and a keen observer of this innovative international design scene, generating a body of work and ideas that still resonate today.

Fueled by Emigre's successful digital type foundry, the magazine became one of the most popular and controversial graphic design magazines of its time. 69 issues were published in a variety of formats, featuring in-depth interviews with fellow design trailblazers and critical essays by an emerging group of young design writers.

This book, designed and edited by Emigre co-founder and designer Rudy VanderLans, is a selection of reprints, using original digital files, tracing Emigre's development from its early bitmap design days in the late 1980s through to the experimental layouts that defined the so called "Legibility Wars" of the late 1990s, to the critical design writing of the early 2000s.

Emigre No. 70 is a must have book for those who missed out on all the excitement the first time around and for those who have been long time Emigre fans alike. Any graphic design library would be incomplete without it.

Read a review of Emigre #70 by Emily King in Eye magazine. Published in 2009.

Interview with Rudy VanderLans by Antje Dohman for Page magazine (Germany). Published in 2010.

Read a review of Emigre #70 by Angelynn Grant in Communication Arts magazine. Published in 2009.

Read a review of Emigre #70 by Miyoko Ohtake on the Dwell magazine website. Published in 2009.

Read a review of Emigre #70 by Steven Heller on the Print magazine website. Published in 2009. 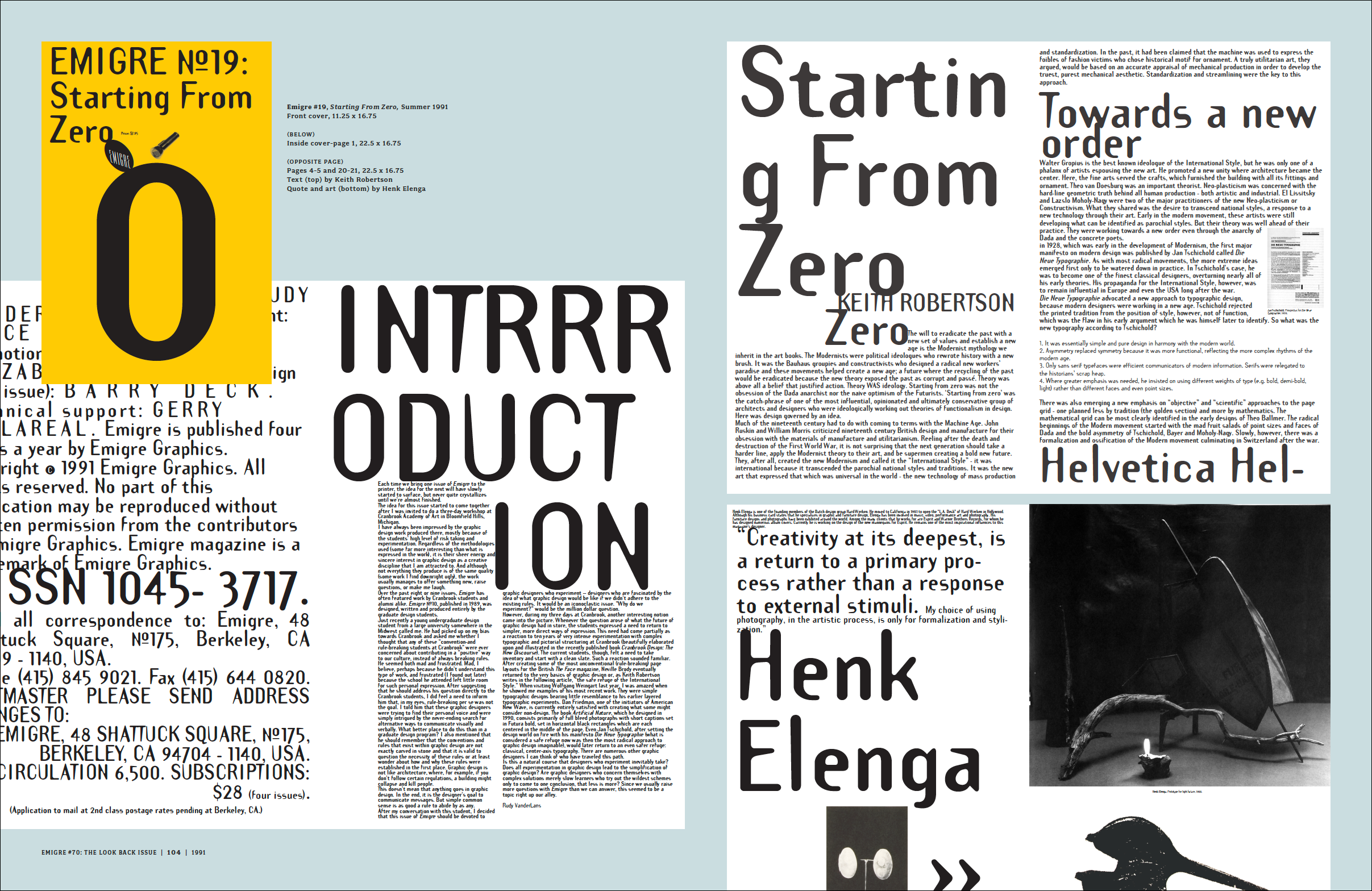 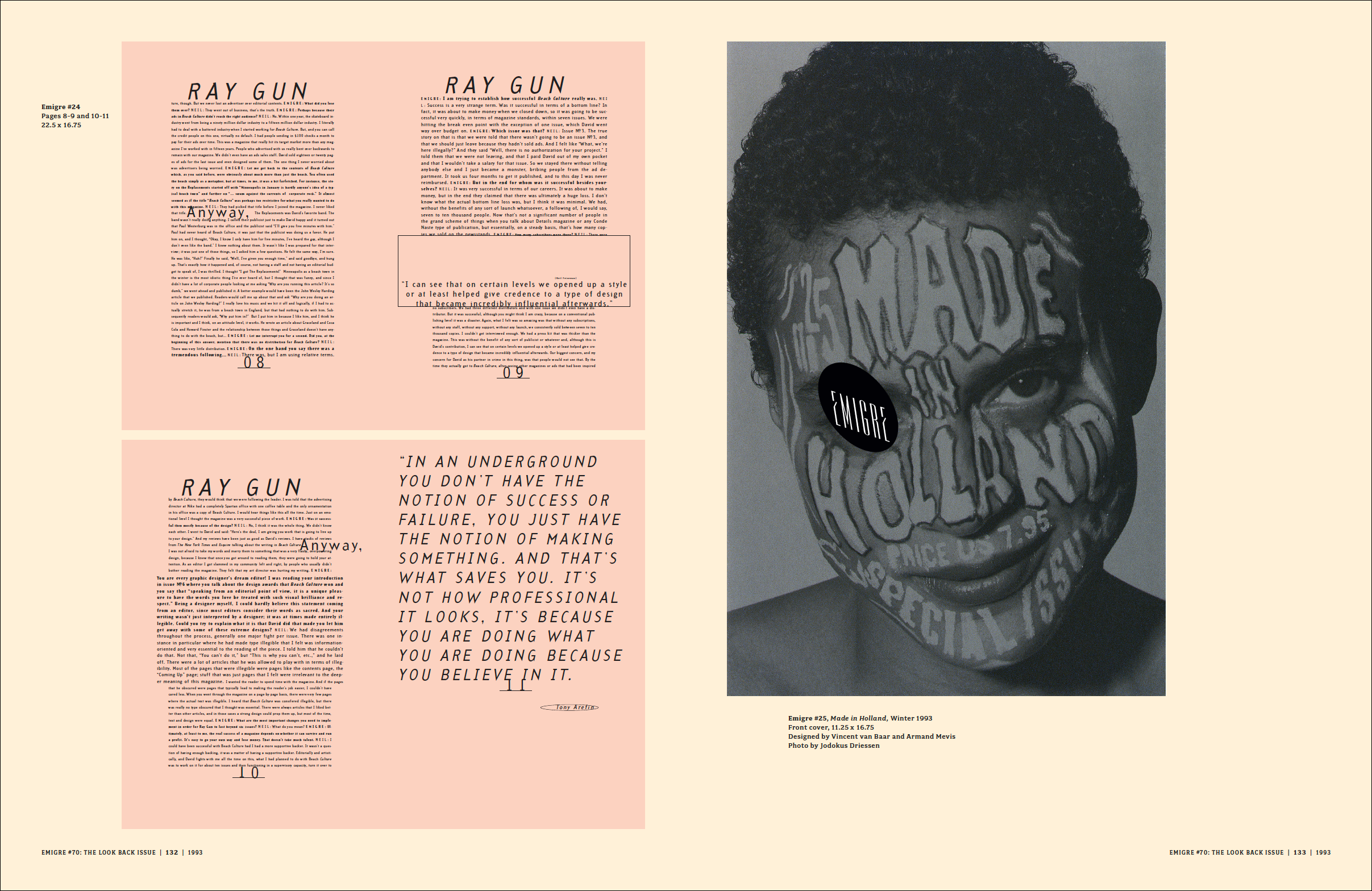 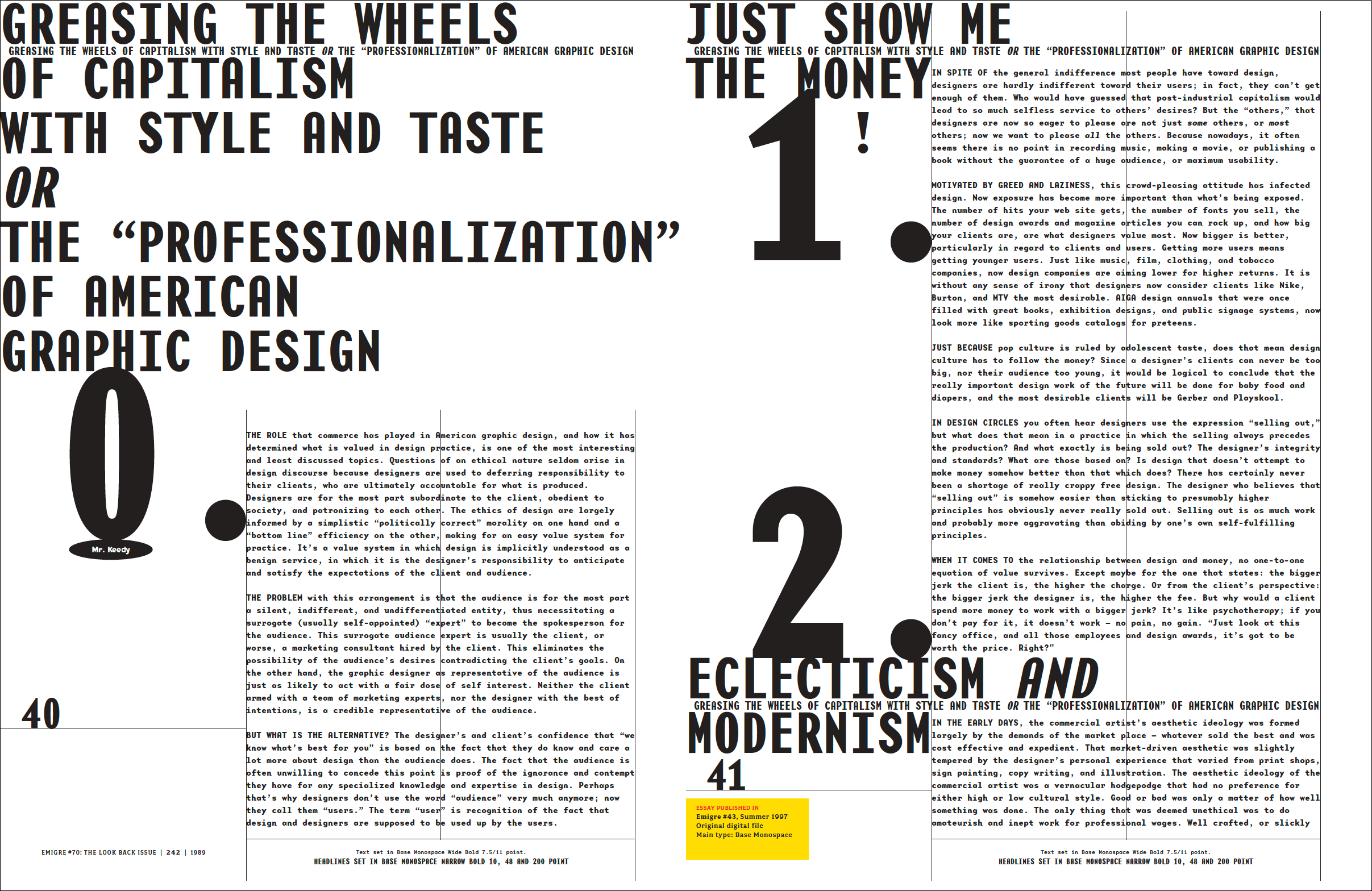 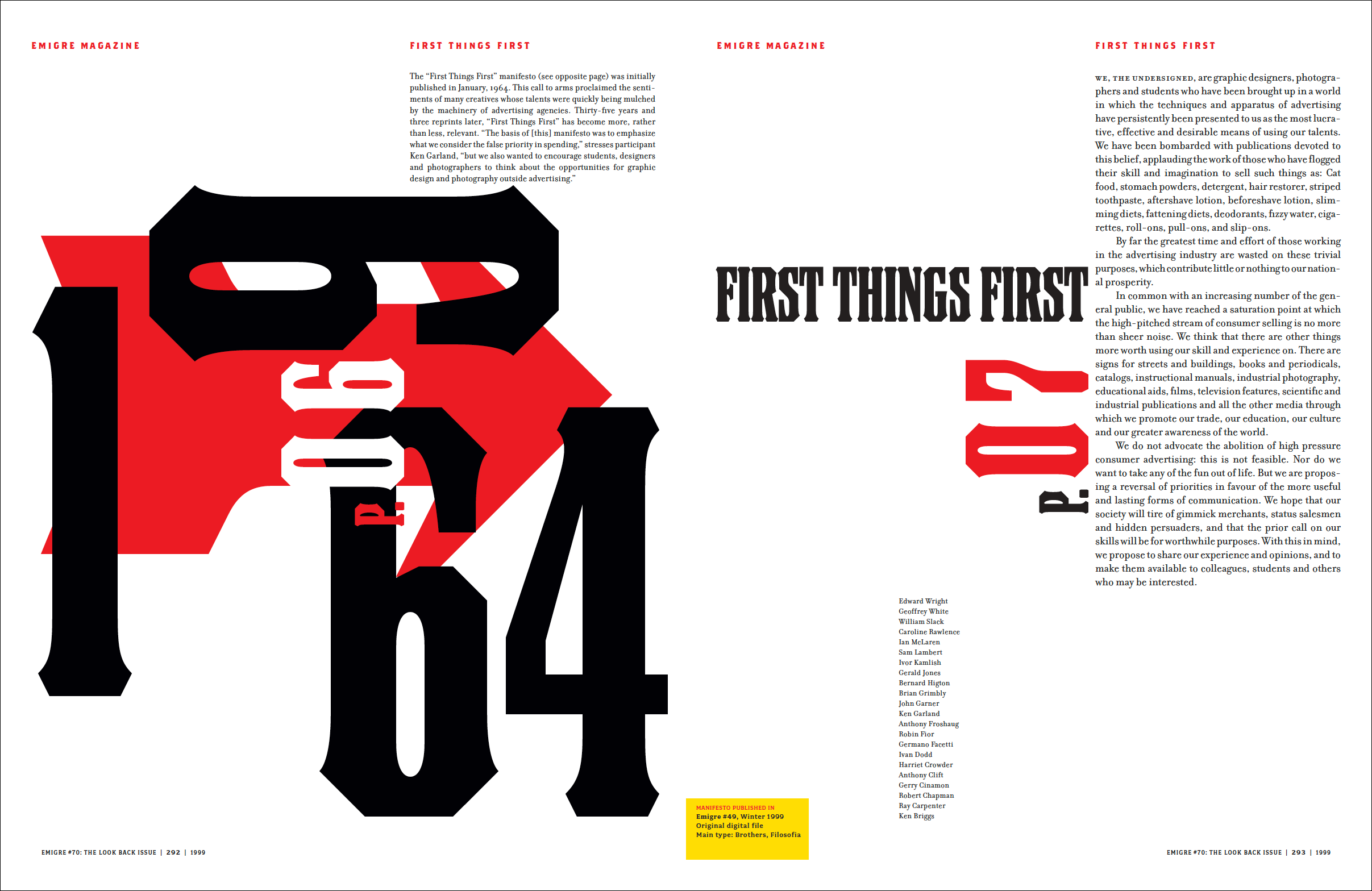 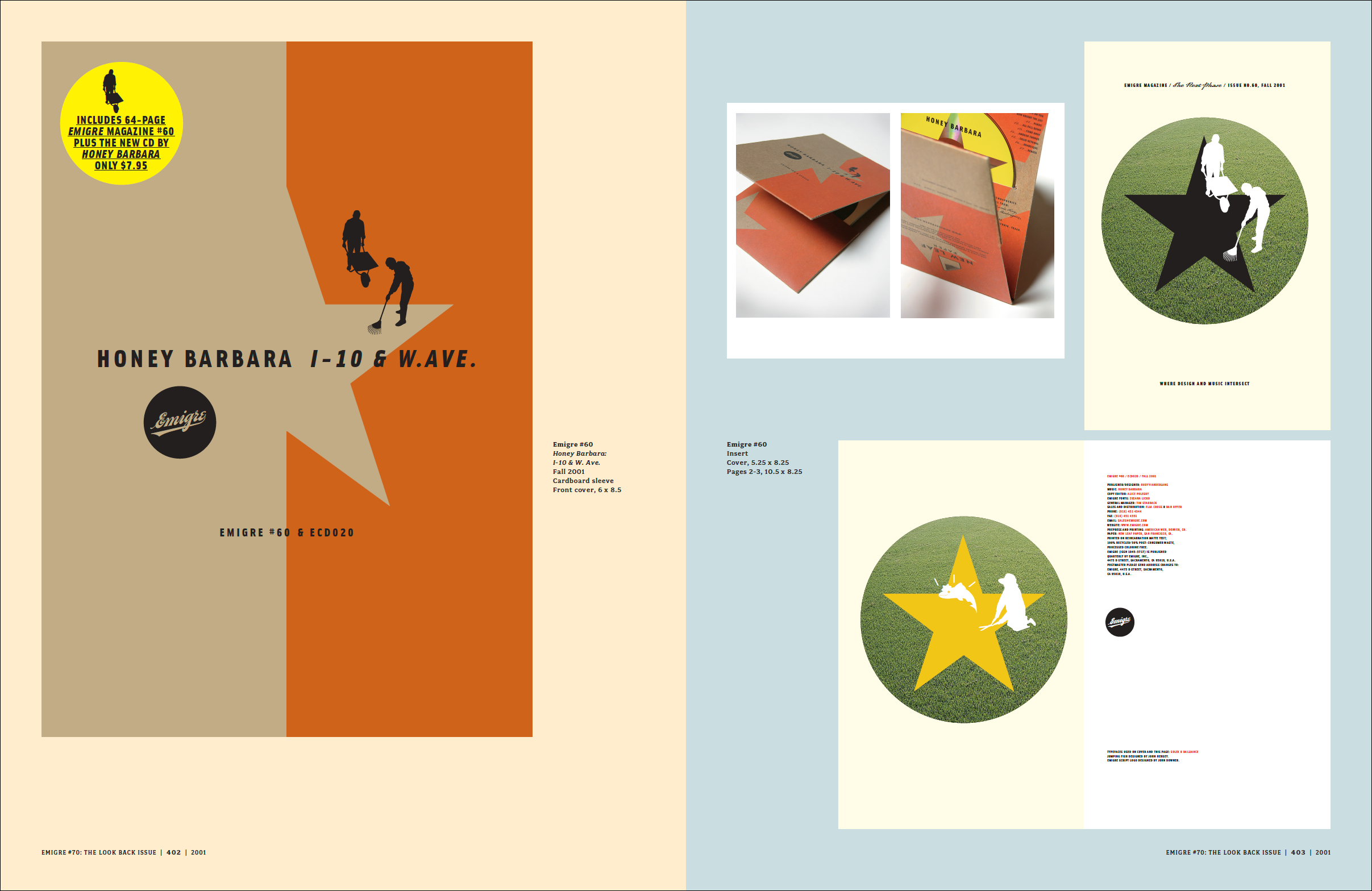 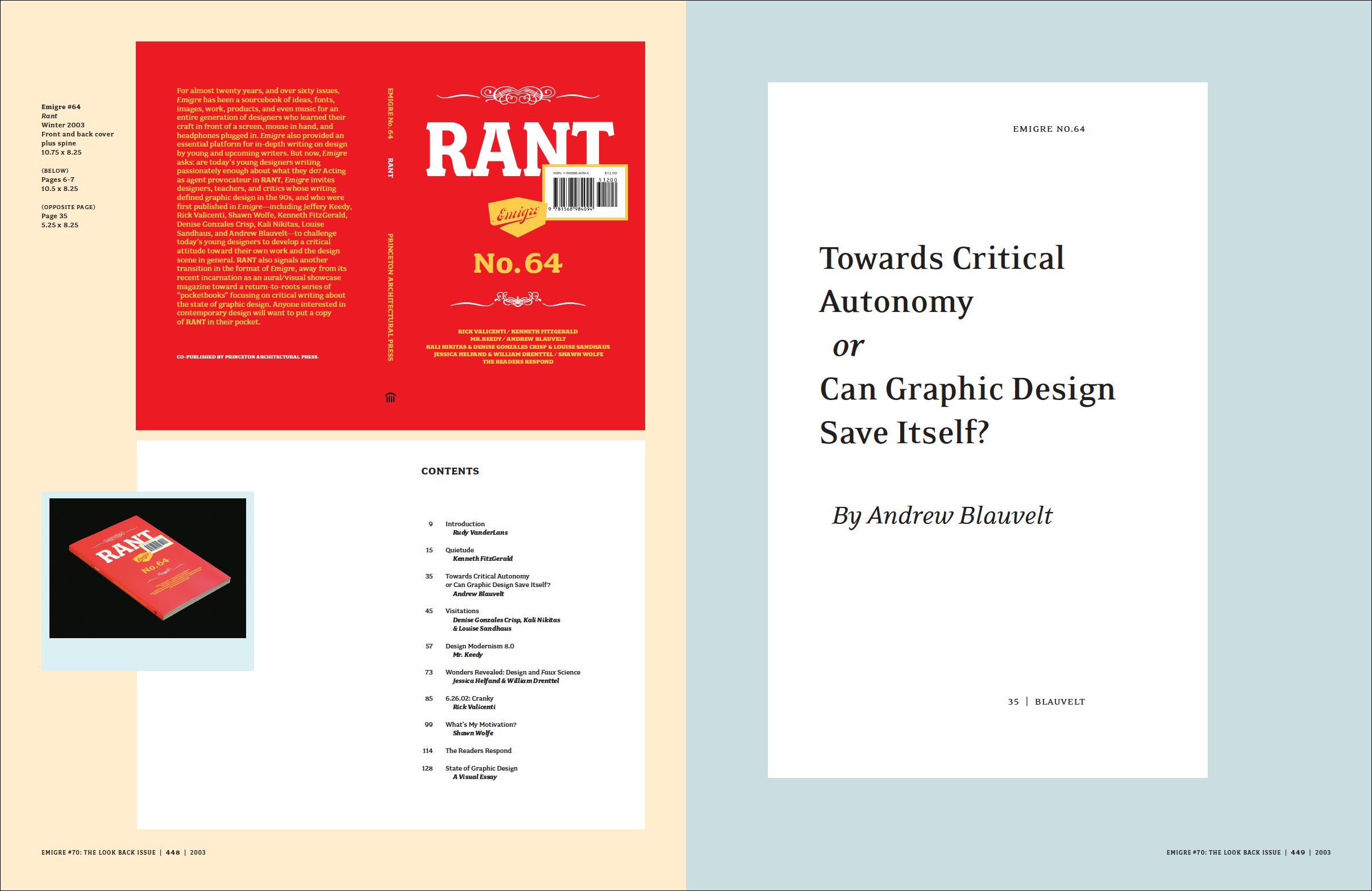 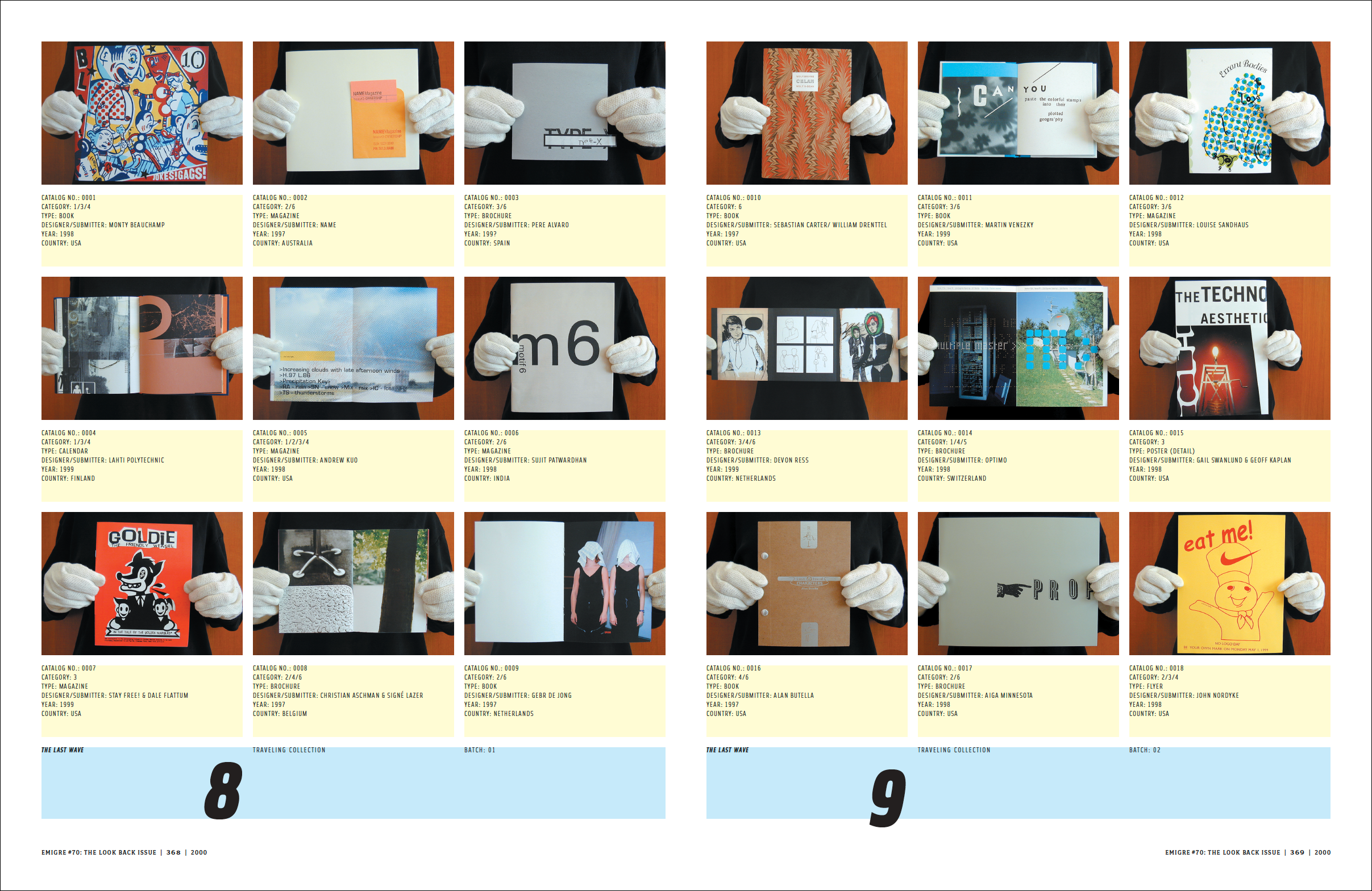 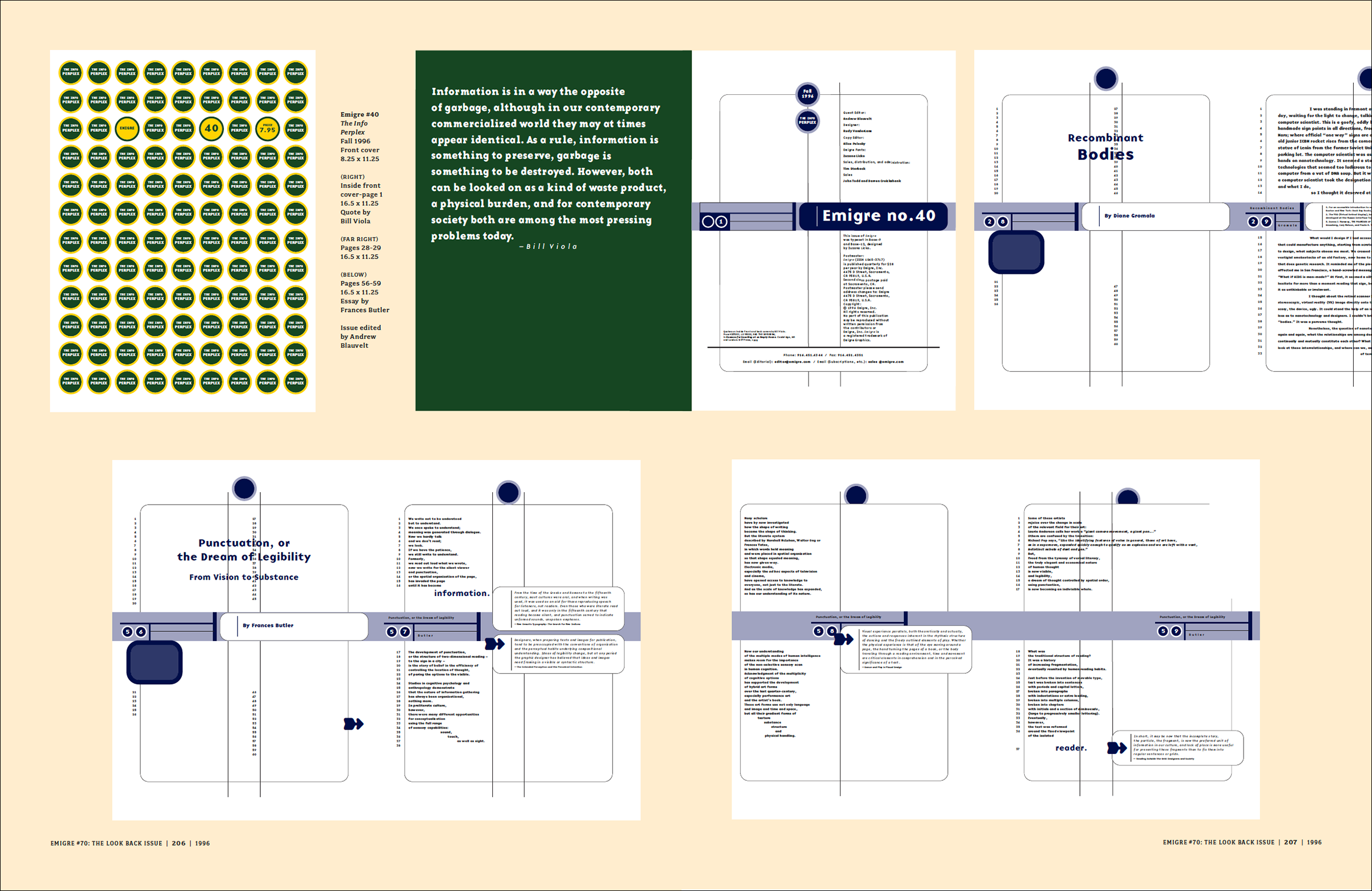