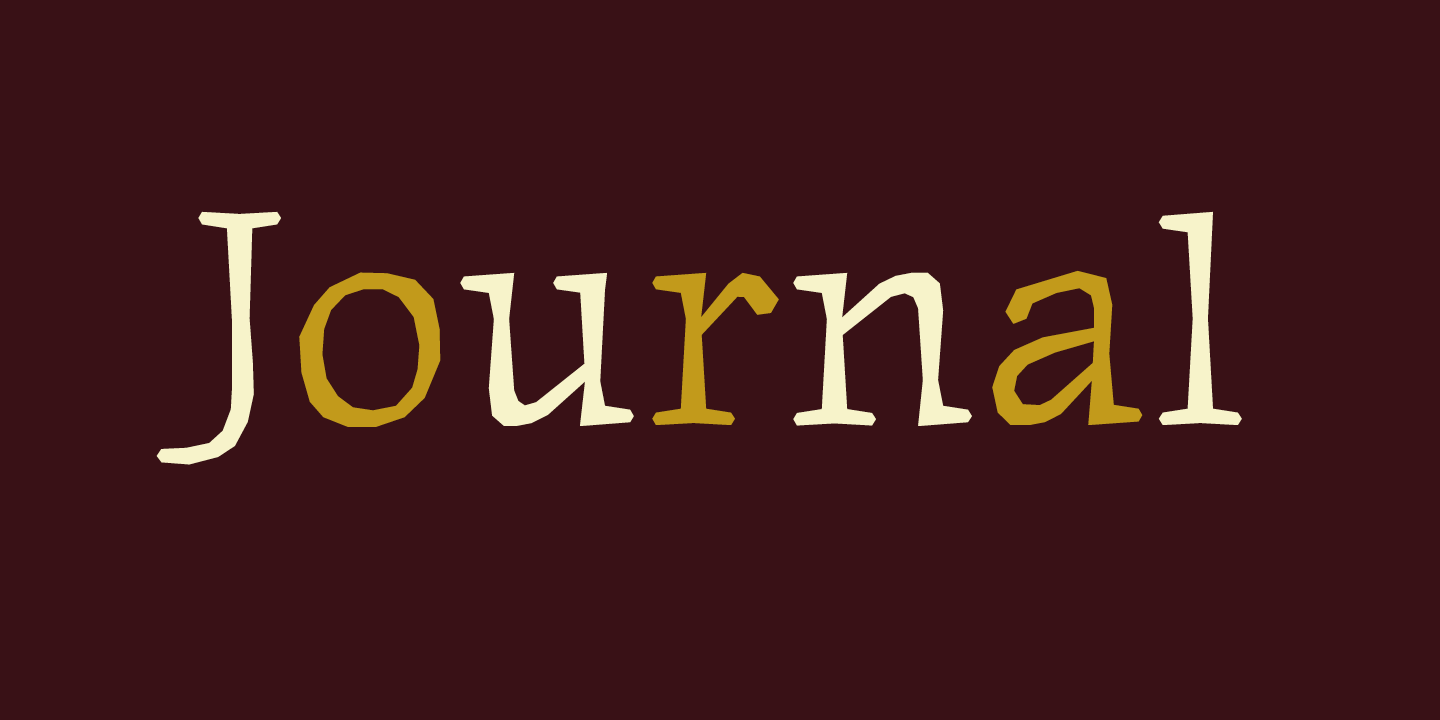 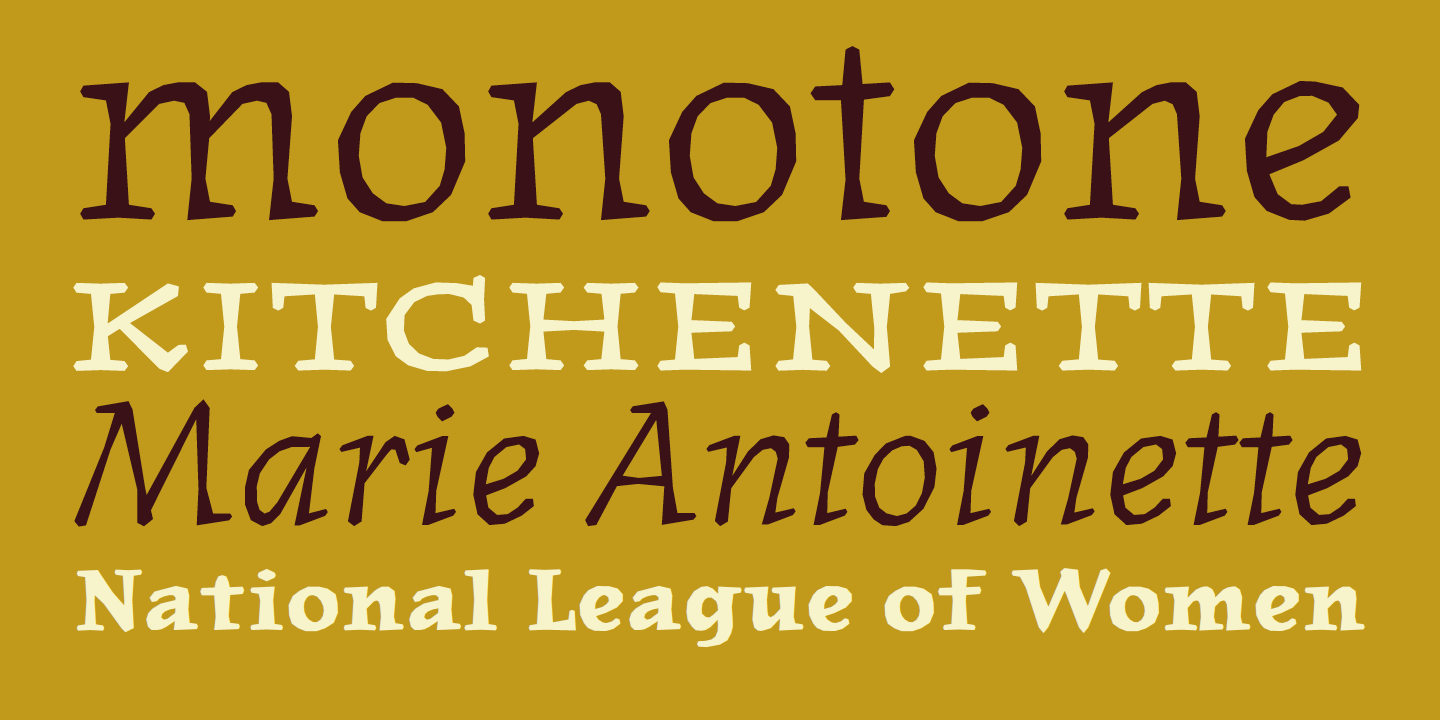 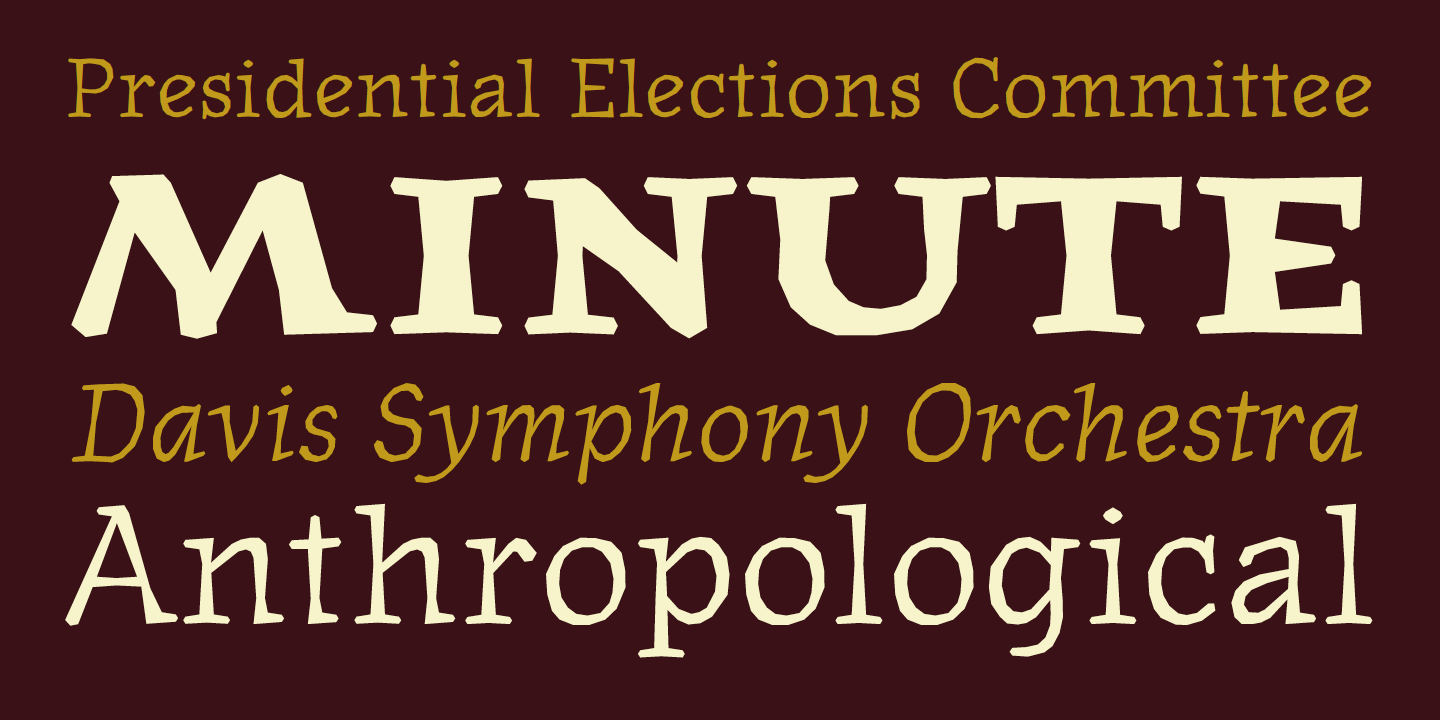 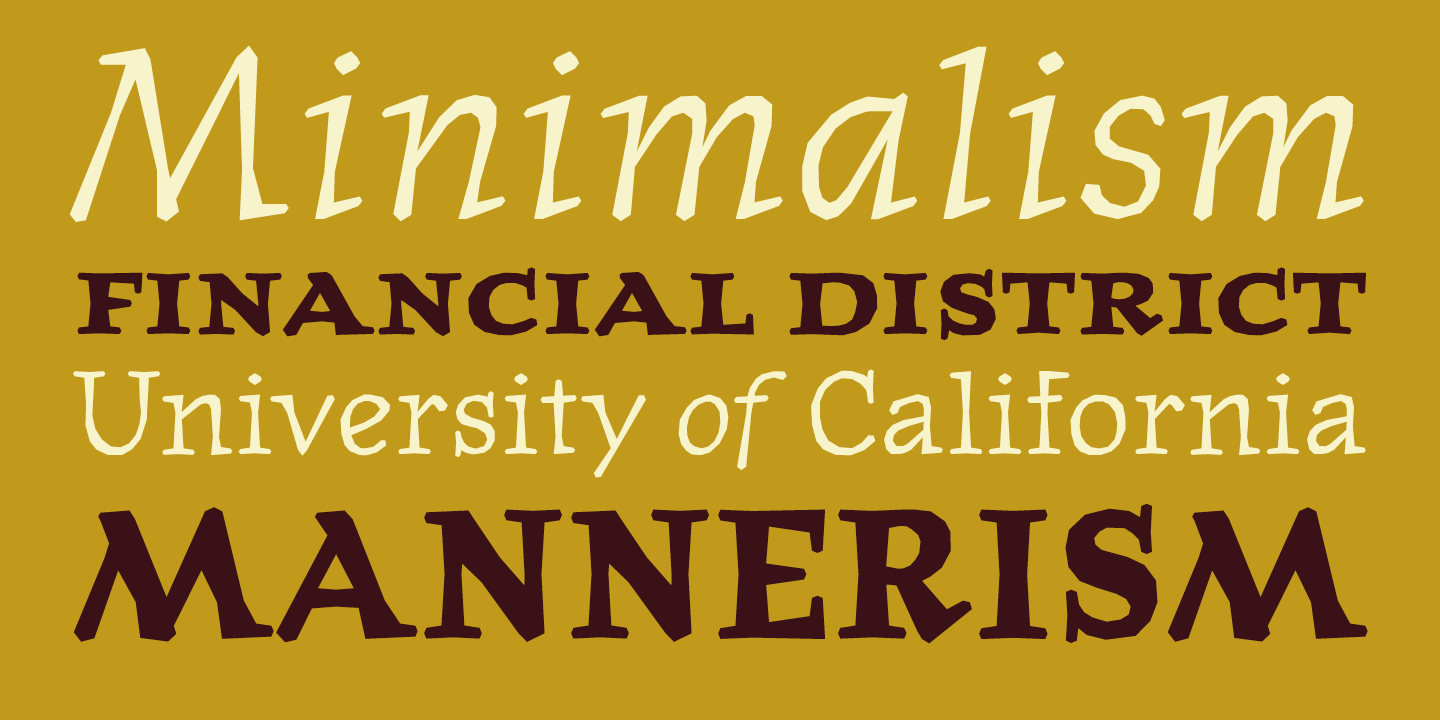 The design of Journal started as an exploration into the unknown. In 1990, the selection of fonts for the personal computer was still slim. So Licko set out to design a serif typeface for Emigre magazine to broaden our selection of text faces, which at the time were her Triplex, Matrix, and coarse resolution bitmap fonts.

Licko wanted to try her hand at an old style stress design, but found the curves difficult to draw with the relatively primitive font tools of the day. The geometric arc curves employed in Triplex, Matrix, and other designs that she had designed previously were easier to create with these early tools because arc curves are more predictable from a construction standpoint and therefore easier to envision. In fact, it was not so much the drawing tools that were the problem, but the preview display. The screen display was not very faithful to the mathematical digital drawing, nor the laser printout, due to the primitive screen rasterizer, and the coarse resolution screen on the monitor. Remember, this was before anti-aliased screens and stochastic ink jet printing came to personal computing.

Taking a magnifying glass to the 300 dpi printouts, Licko studied how the curves were represented by a series of stair stepped lines on the black and white (non-aliased) grid of the laser printed page. This inspired the designer to construct her new typeface with straight line segments instead of curves; approximating each curve by a series of tangent polylines. This not only solved the screen display preview problem, but gave Journal a rustic look, which nicely complimented the old style stress. The subtle crudeness is reminiscent of the irregularities that appear in letterpress printed specimens, and evokes informal qualities, making Journal suitable for correspondence.