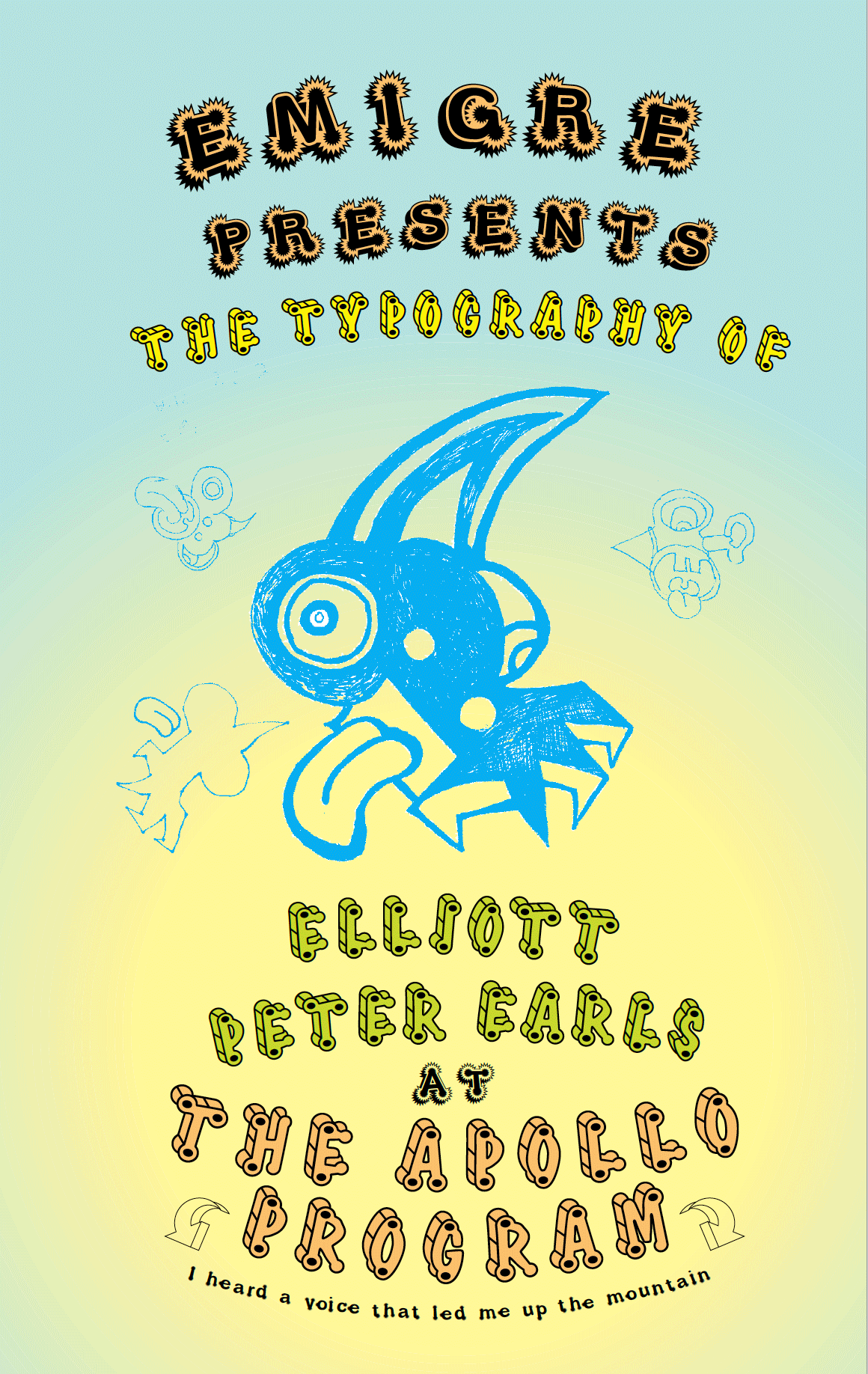 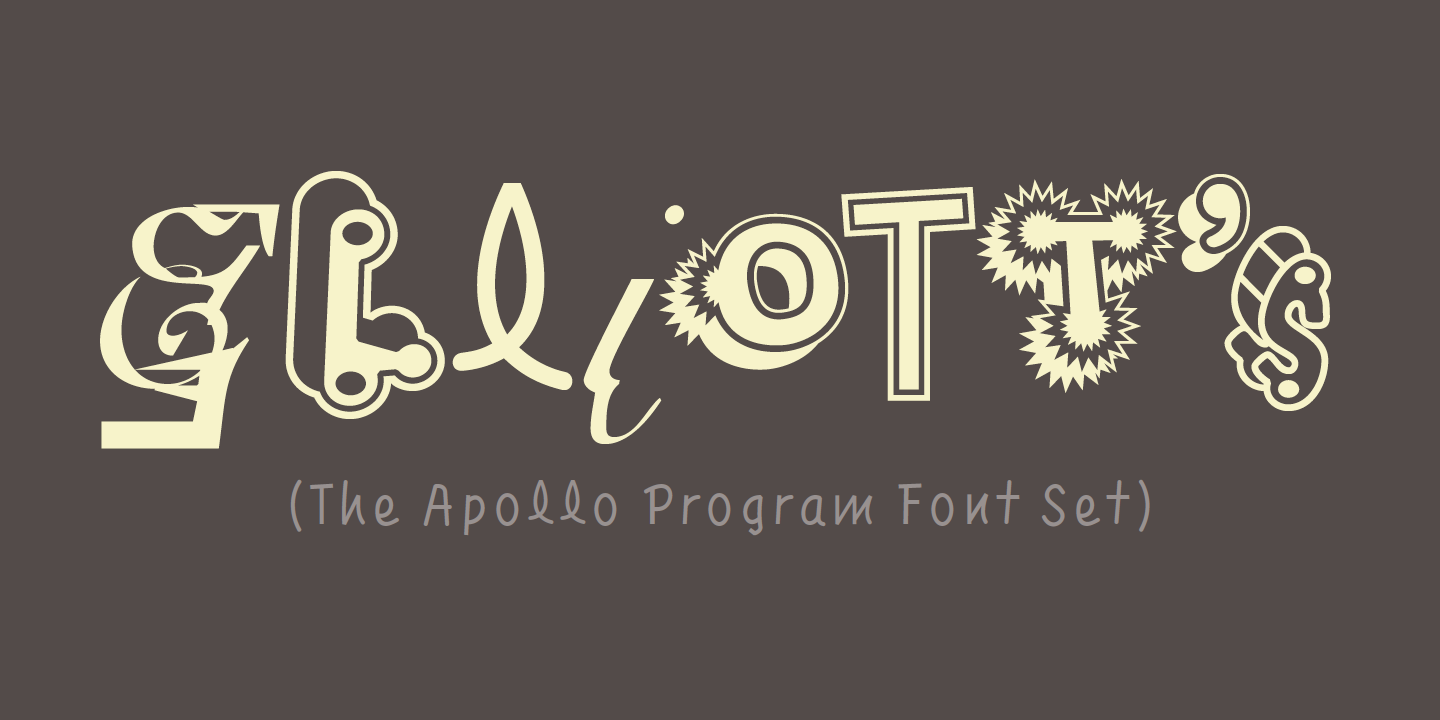 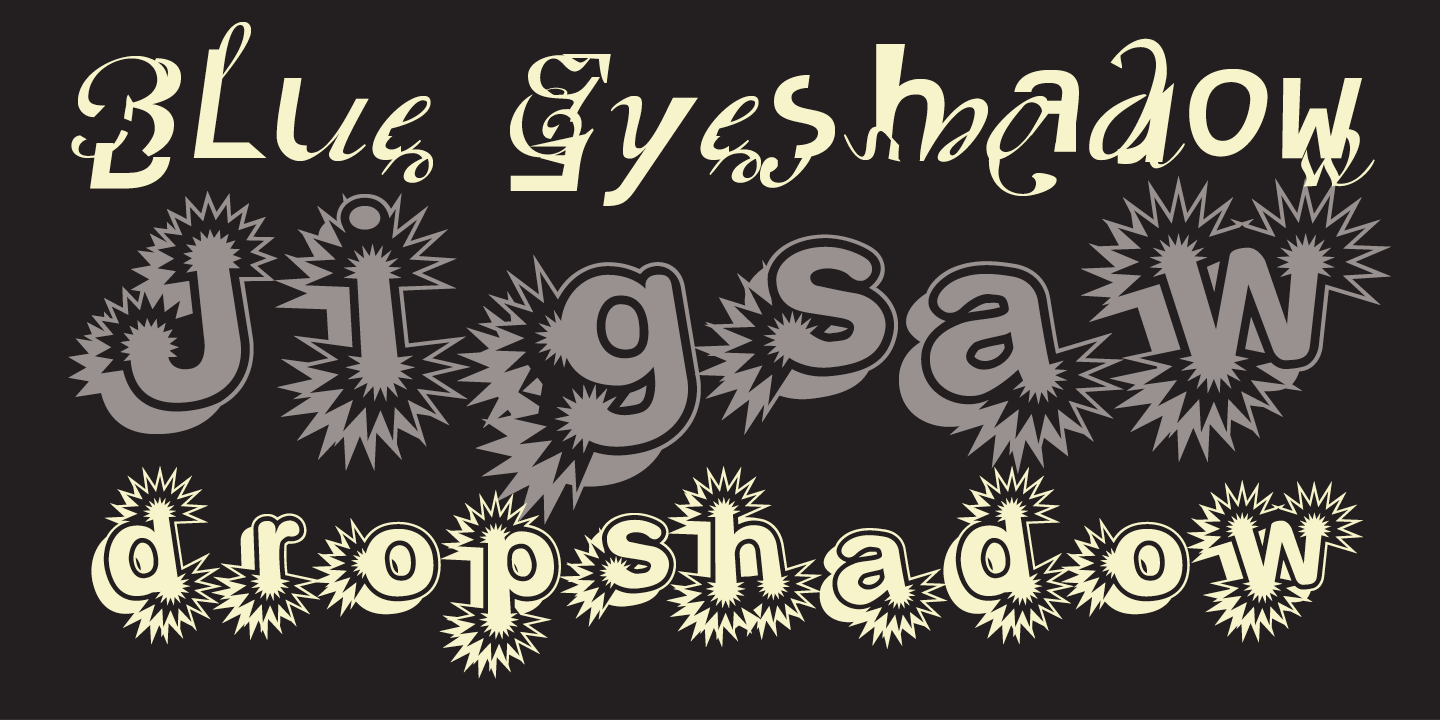 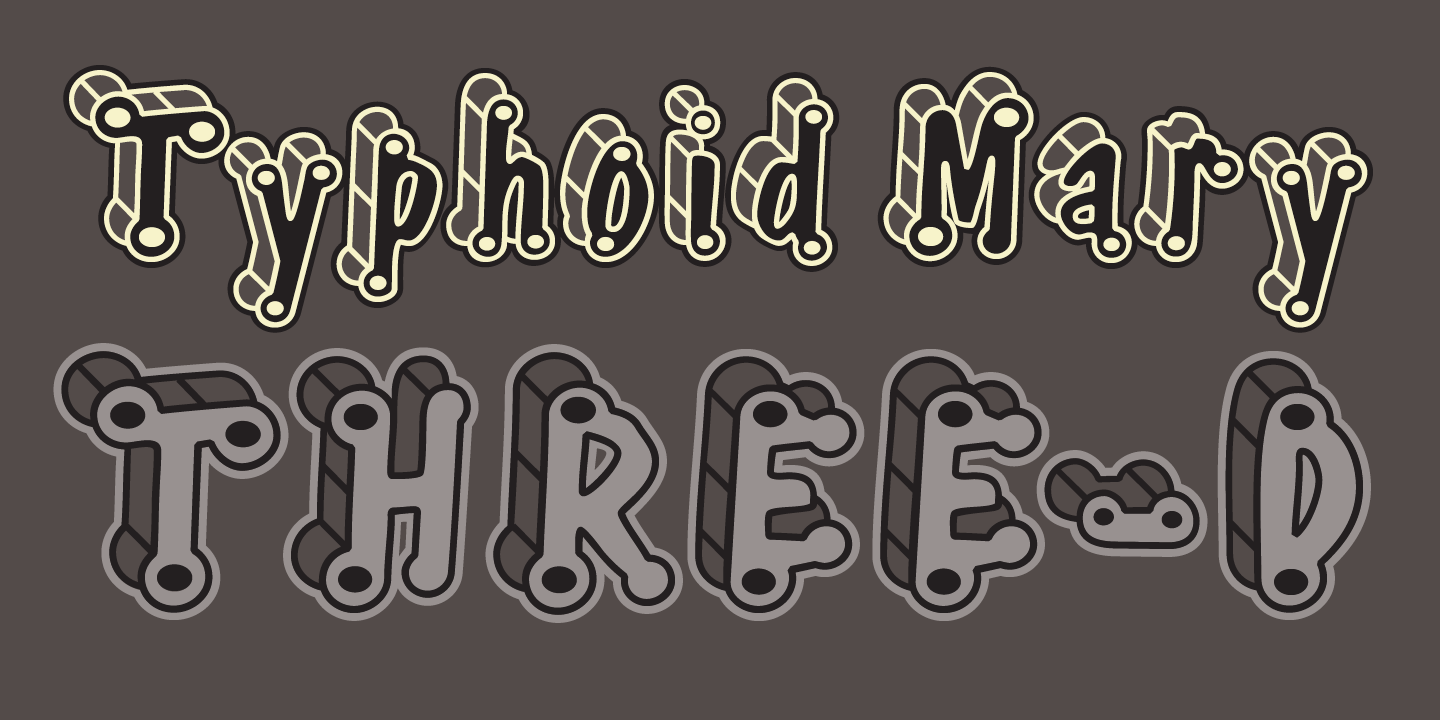 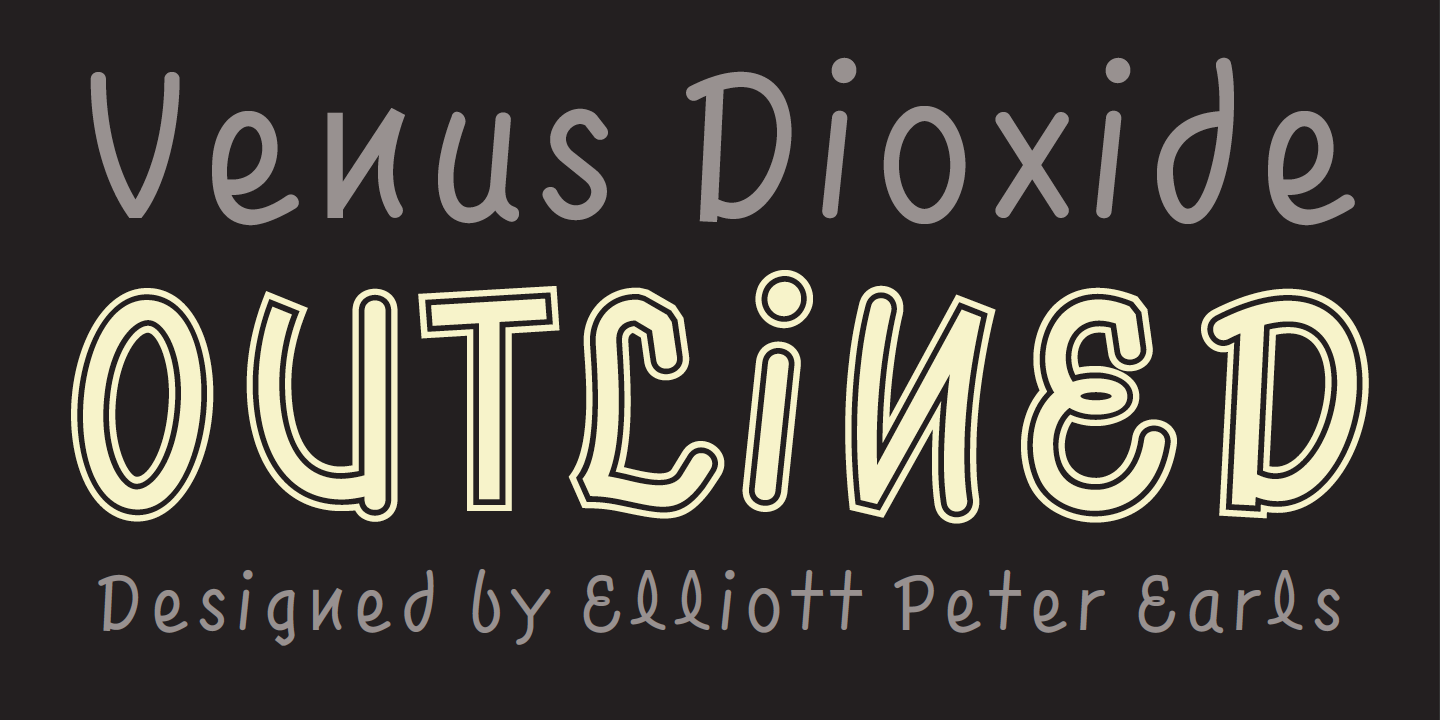 These six disparate fonts defy classification, or comparison, and are best explained by the following statement by Earls: “Think of these fonts as my vision induced by a string found on my table, or my Pieta, or my revolution by night. The grotesque caricature of the post World War One avant-garde, and the ennui of the Venetian-poser-skatepunk, are the tools at my disposal. Like the half-wit Karel Appel, who flung cannonballish like a circus clown at his canvas, I too paint like a barbarian in a barbaric age. I’m thoroughly disinterested in the eloquence and simulated profundity that lies between quotation marks, but for the sake of ritualized discourse, let me take a stab at it by quoting Max Ernst: ‘A painter is lost if he finds himself.’ The fact that he has succeeded in not finding himself is regarded by Ernst as his only achievement. Well played. I too cherish the suppression of logic and midnight games of Chinese checkers, but to what end? This question sweeps across my cerebellum like some medieval bubonic plague, leaving in its foul wake the stench of relativism and post-utopian thought. I’m the sad child of the lost tribe of ebola monkeys. Intellectually, environmentally and financially disenfranchised.”