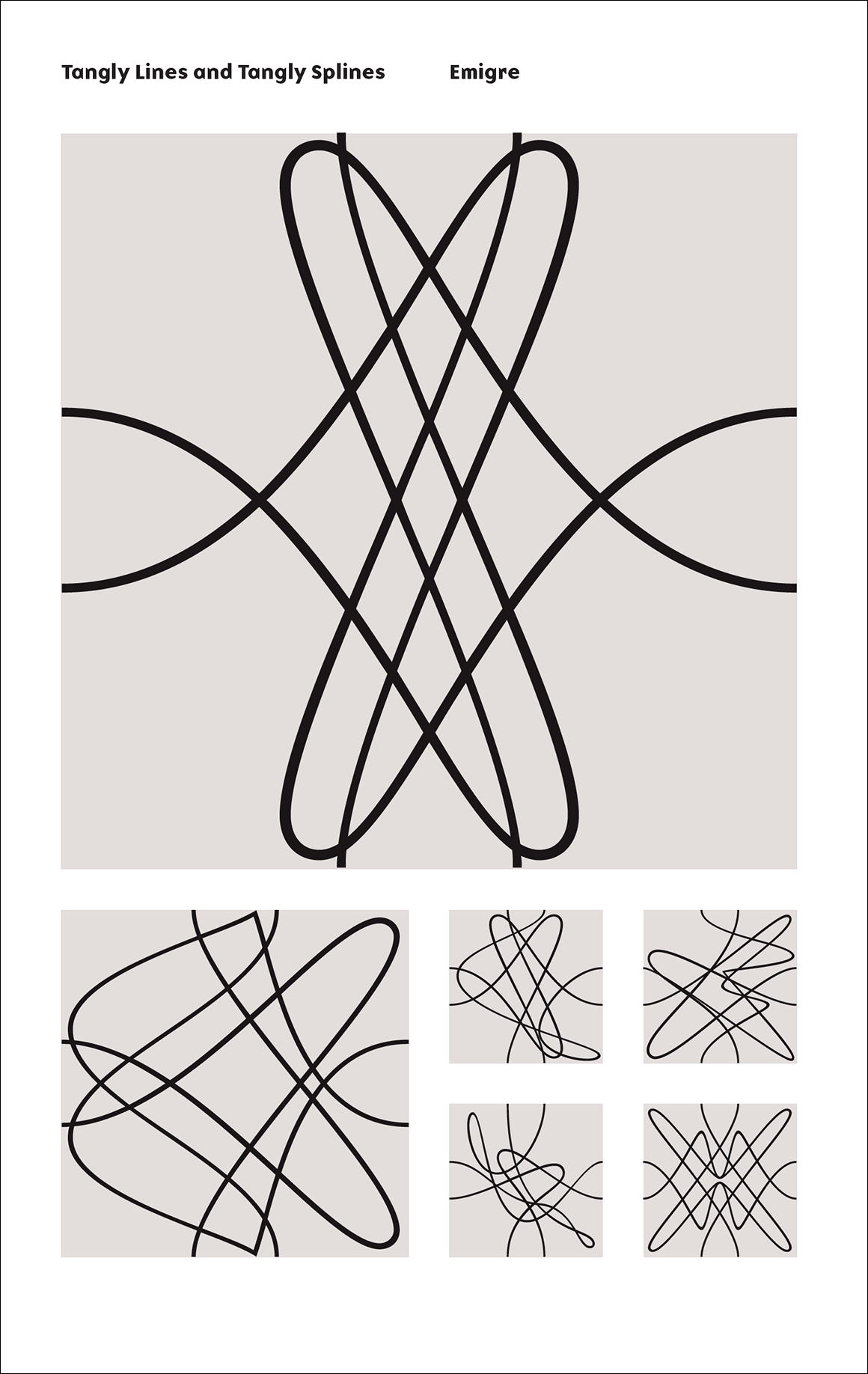 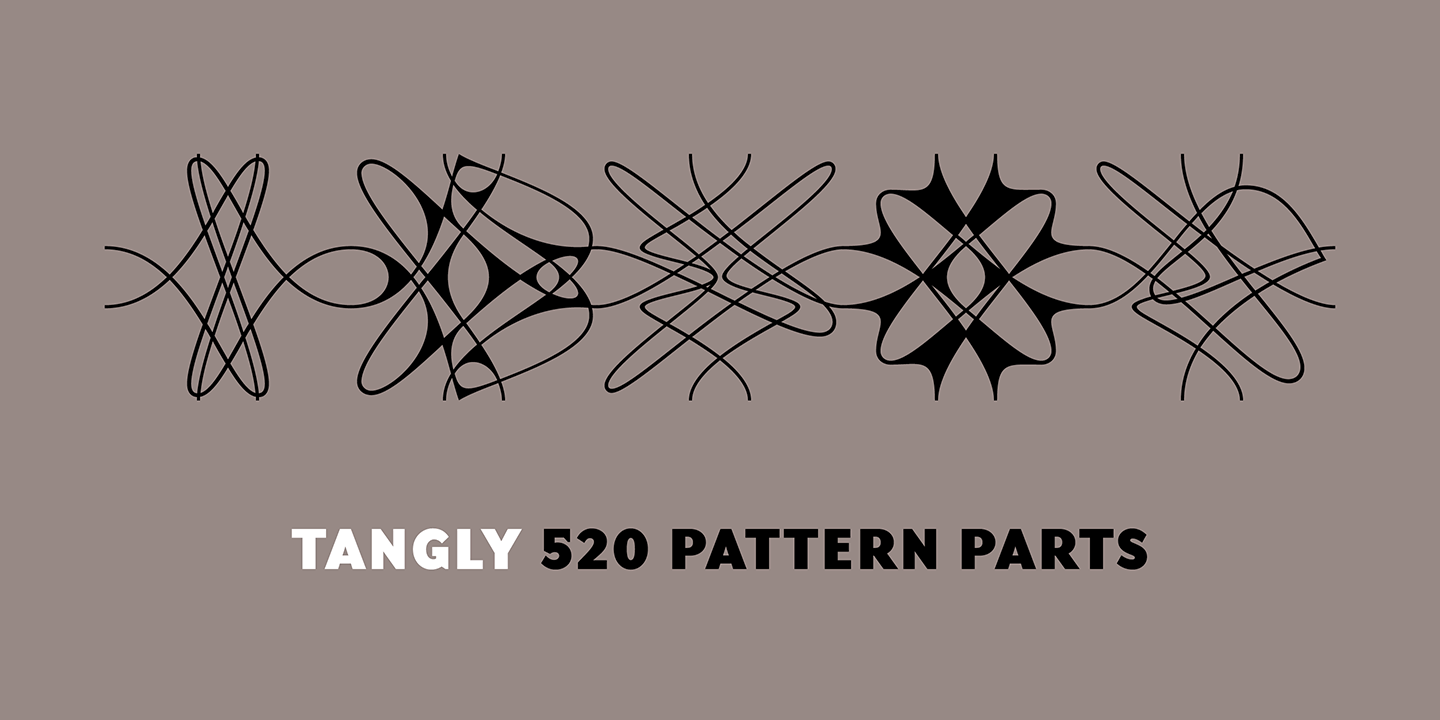 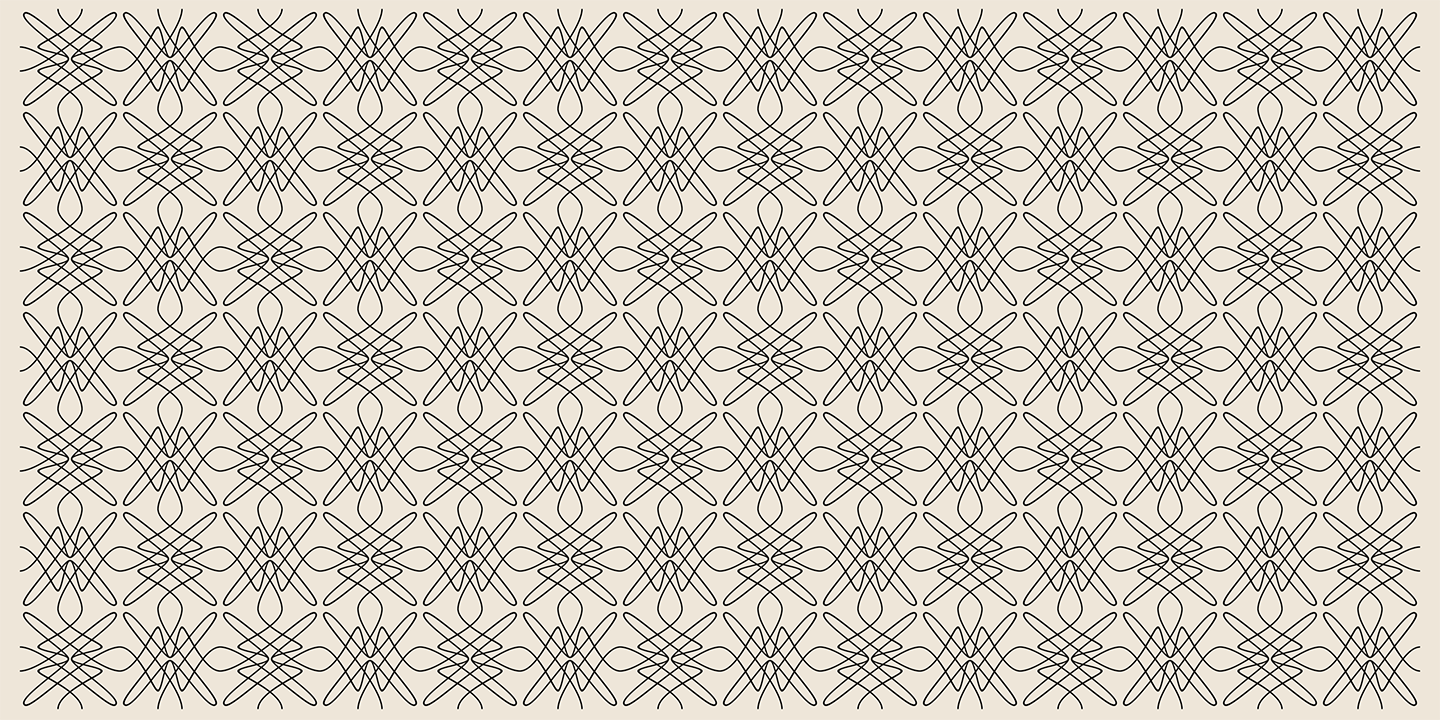 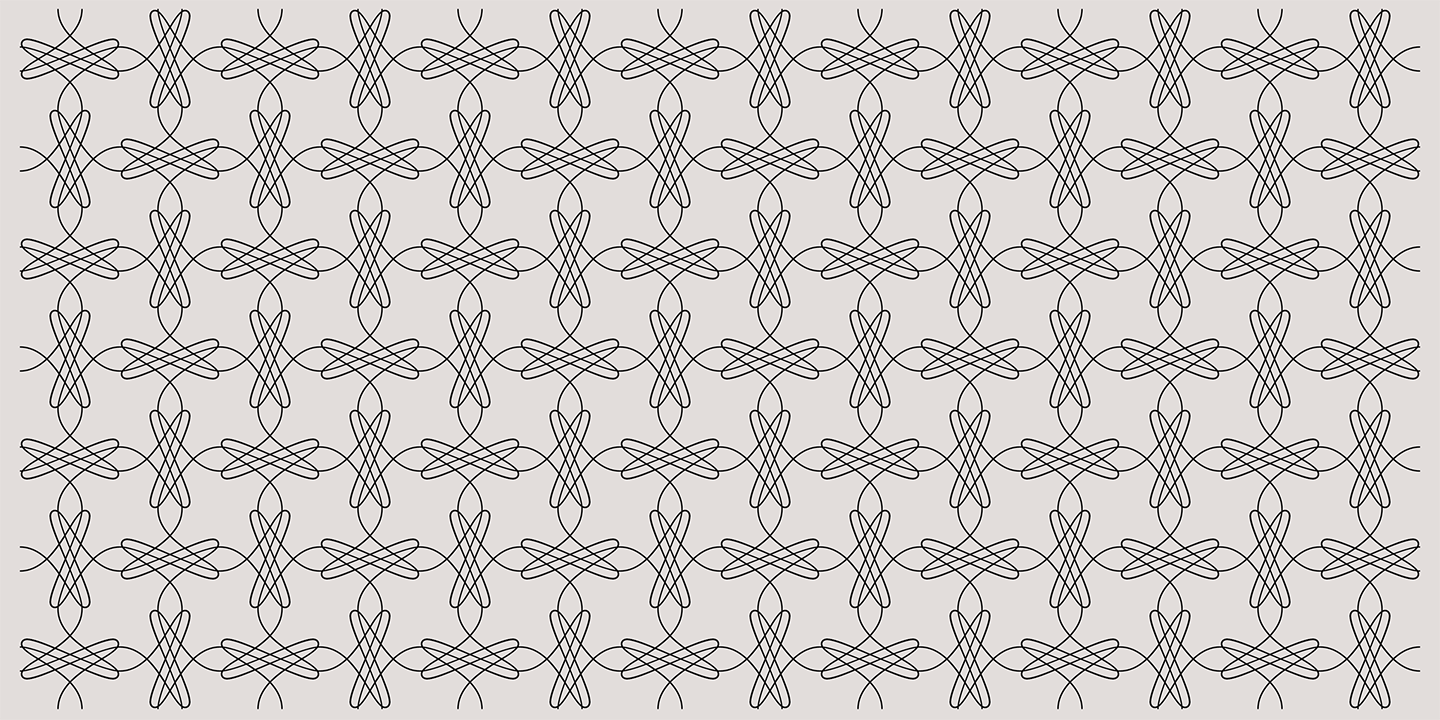 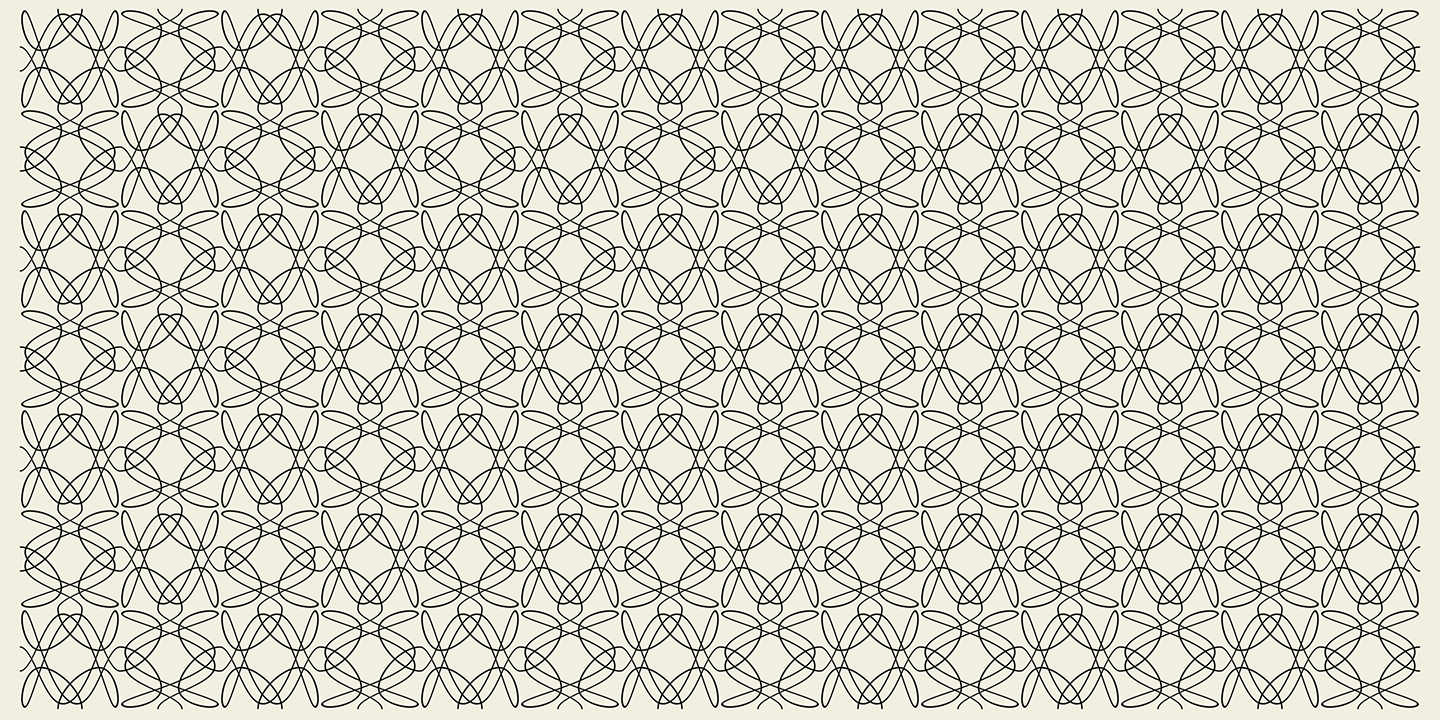 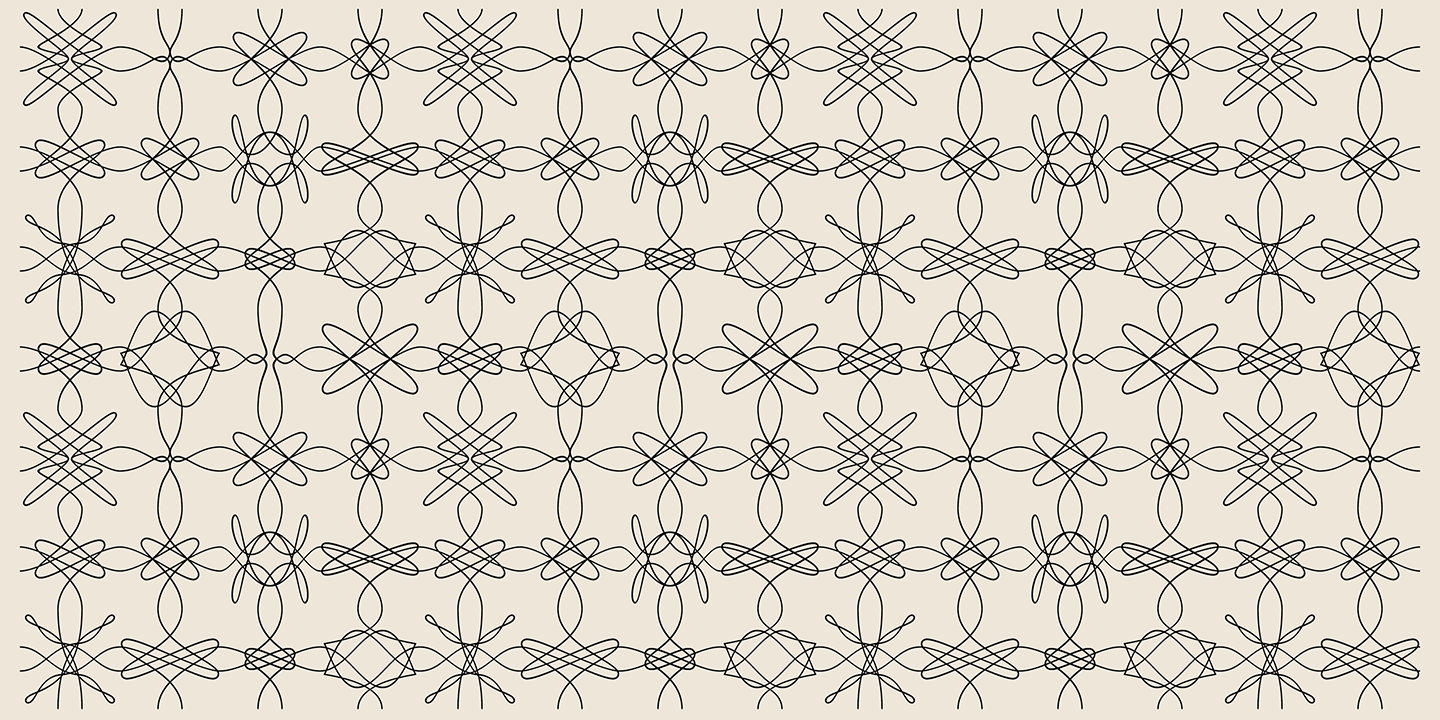 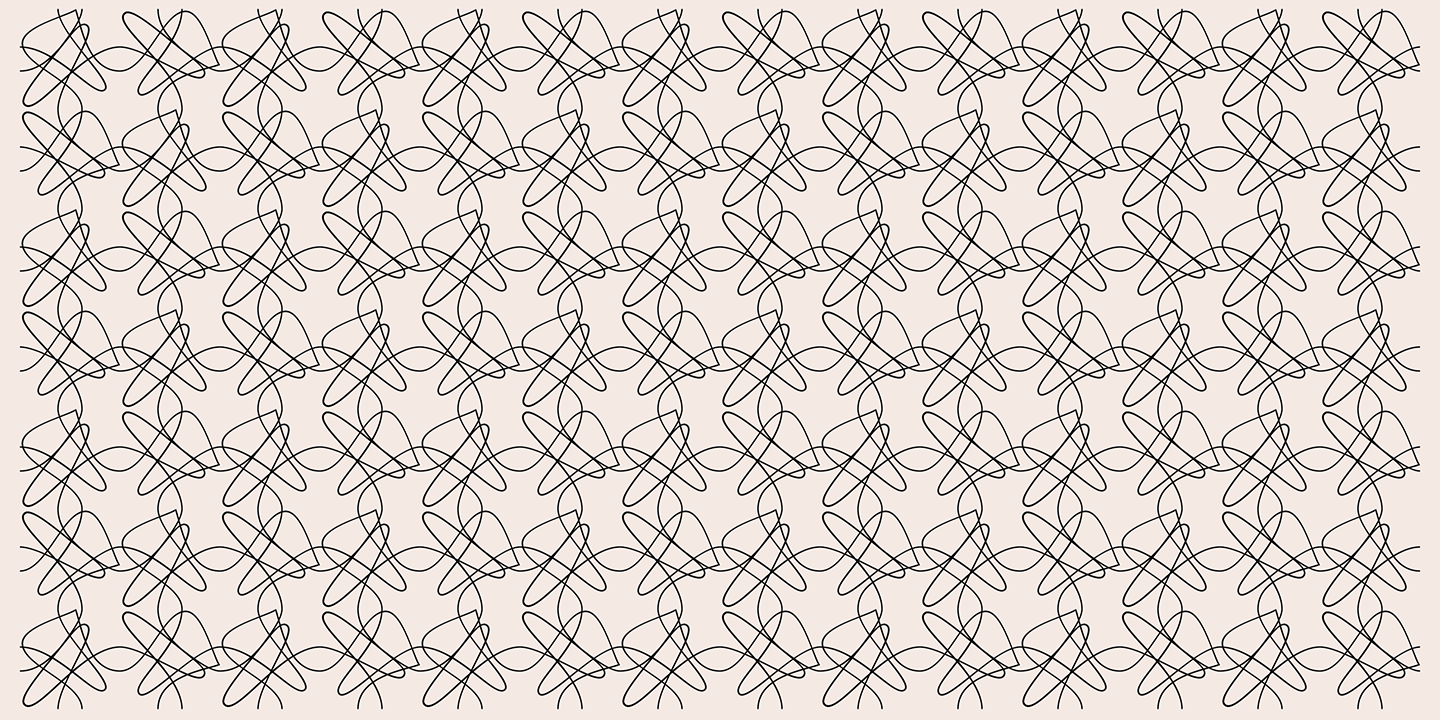 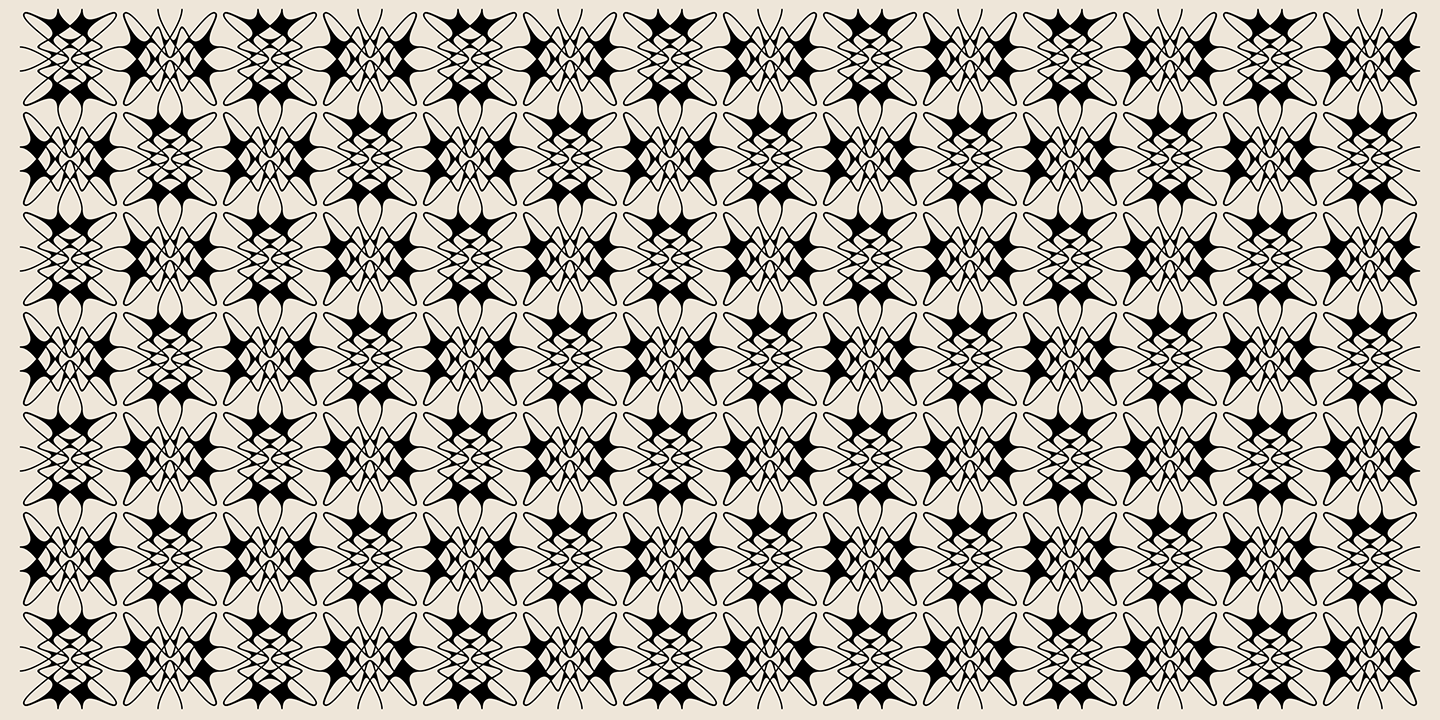 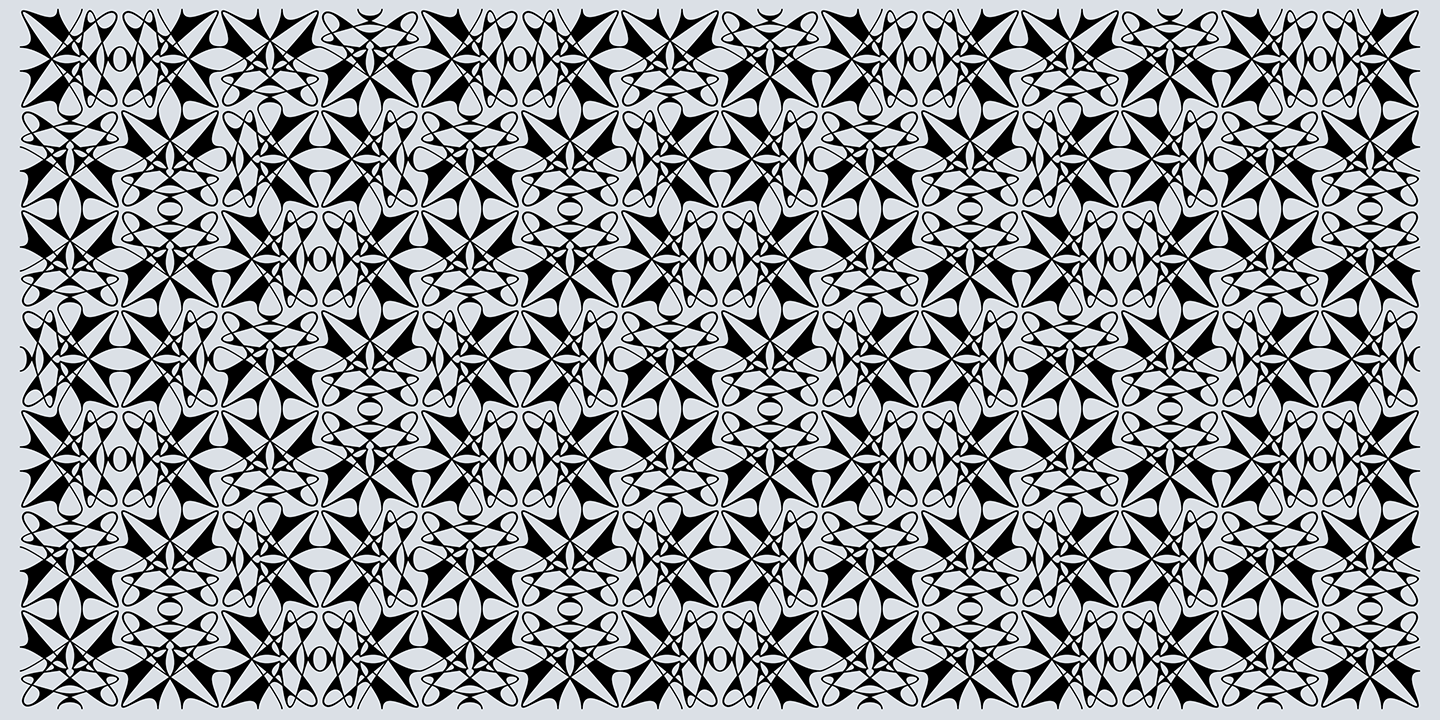 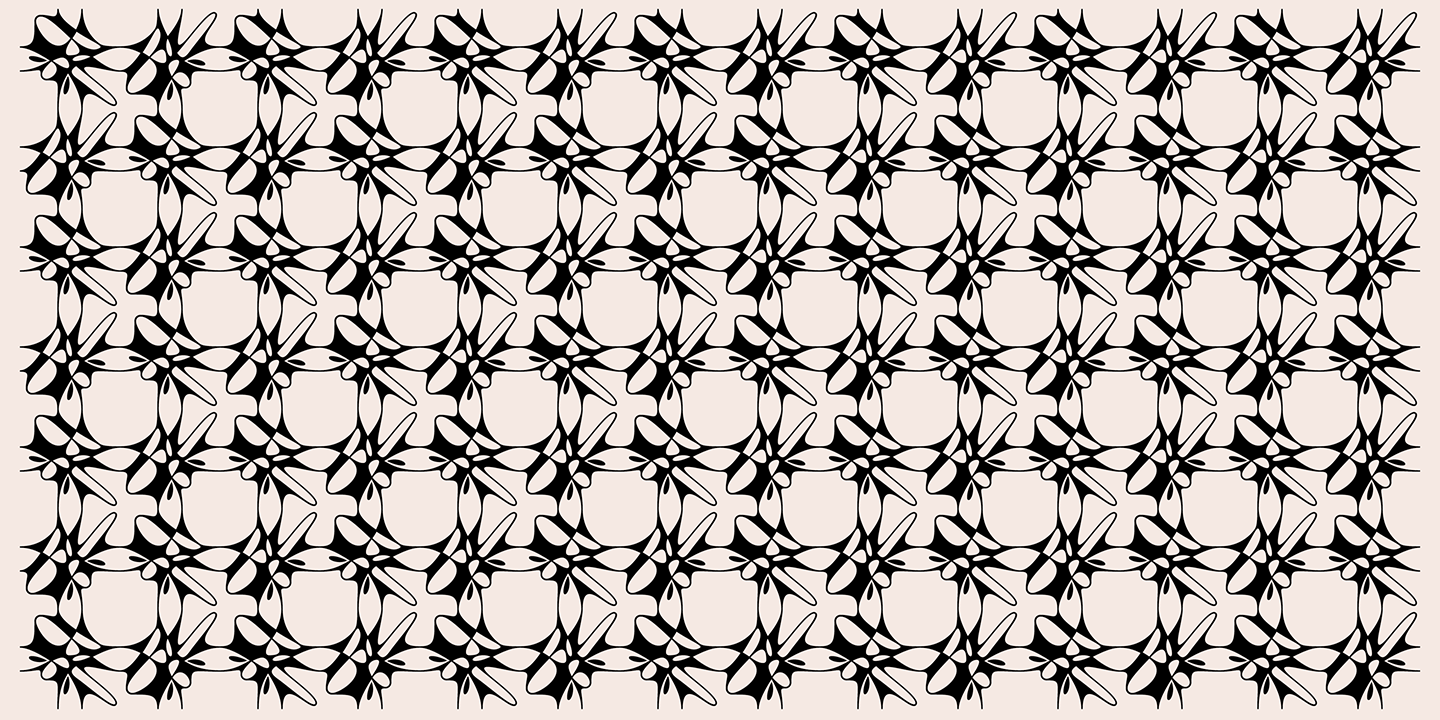 With Tangly, designer Zuzana Licko set out to explore how a font could be used for composing patterns that would appear as looping and connecting lines. Each character on the keyboard would be an element, and the elements would connect at specific points, as they would in a connecting script font, except they would connect at all four edges, top and bottom, as well as left and right. She started with one looped line, then rotated that line so the composed element would connect with itself and all other elements. The result is a pair of font families “Tangly Lines” and “Tangly Splines.” Each group has symmetric, mirrored and asymmetric variants.

Licko began the design process in 2014, and returned to it sporadically over the next four years. During this time, she had various types of fabrics printed, and had jacquard fabrics woven to see how these patterns could be applied. Many of her patterns can be ordered as custom printed yardage, on a variety of fabrics, at Spoonflower. And, these fabrics can be sewn to order into pillows and other housewares at Roostery.

These are just a few examples of how Tangly can be used. The number of patterns, combinations and applications is nearly infinite.

For more information about Tangly, download the free type specimen.