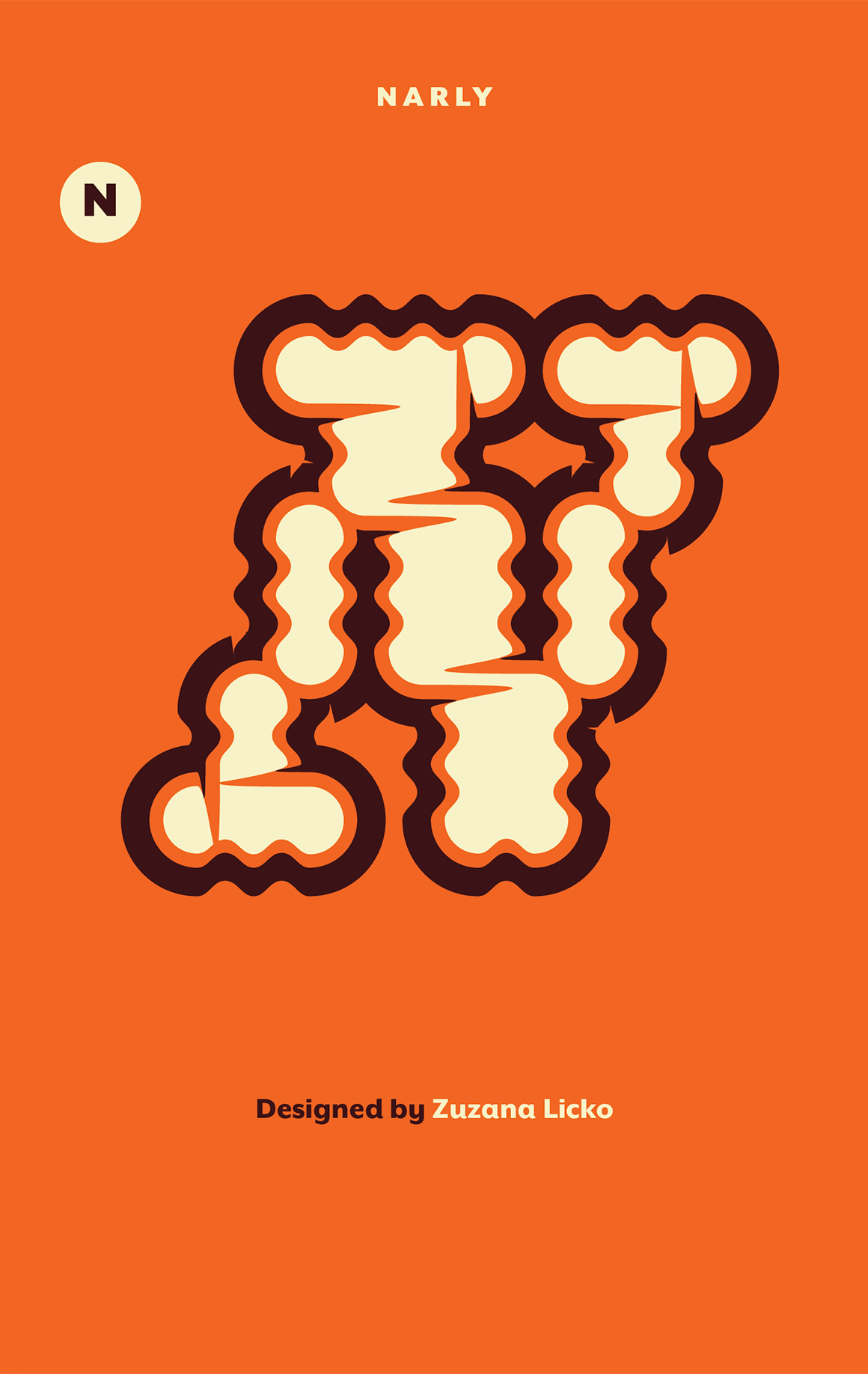 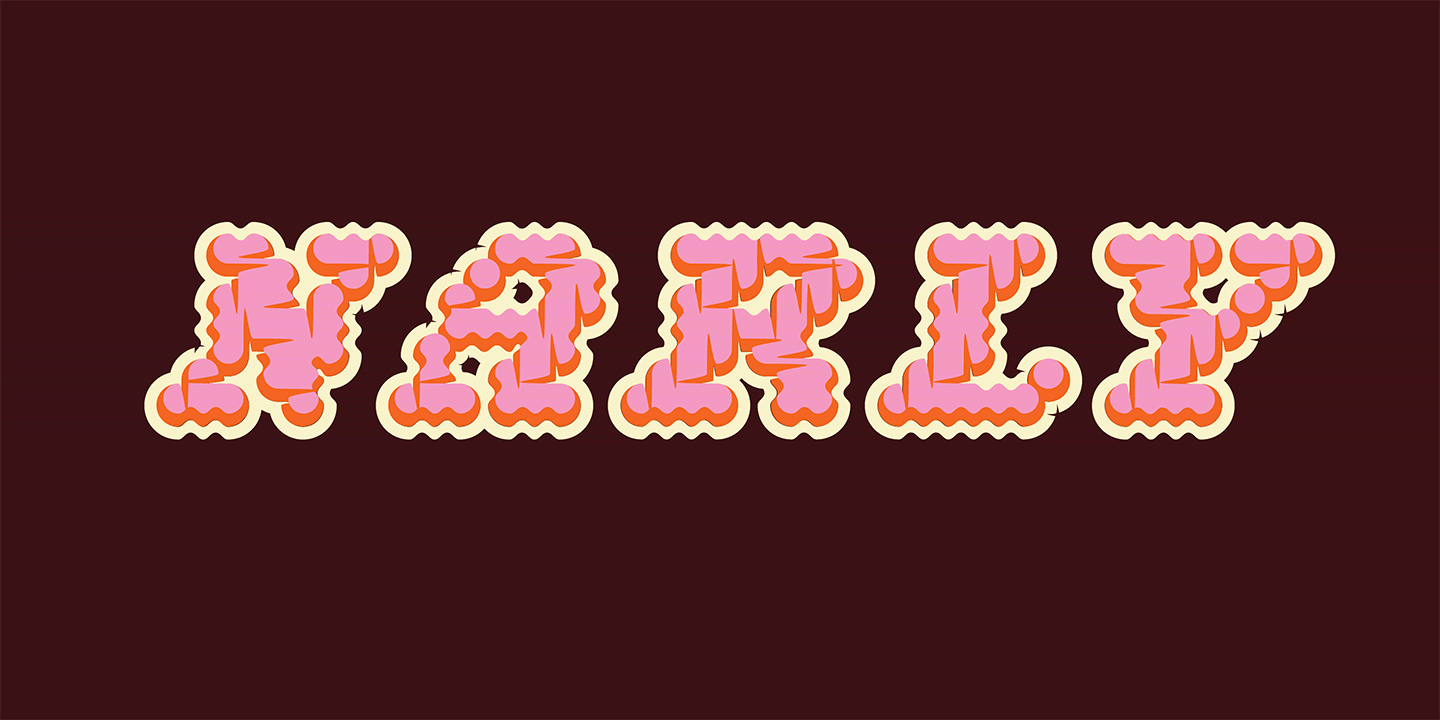 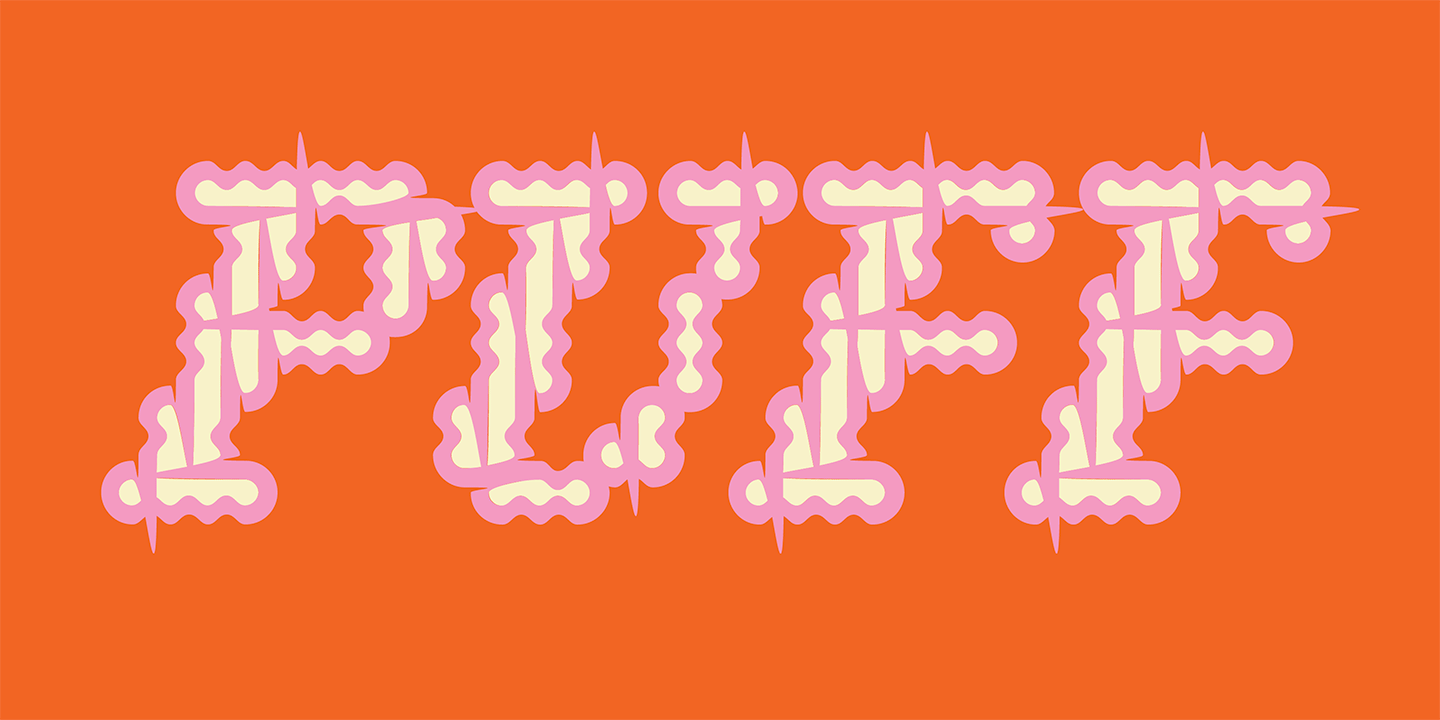 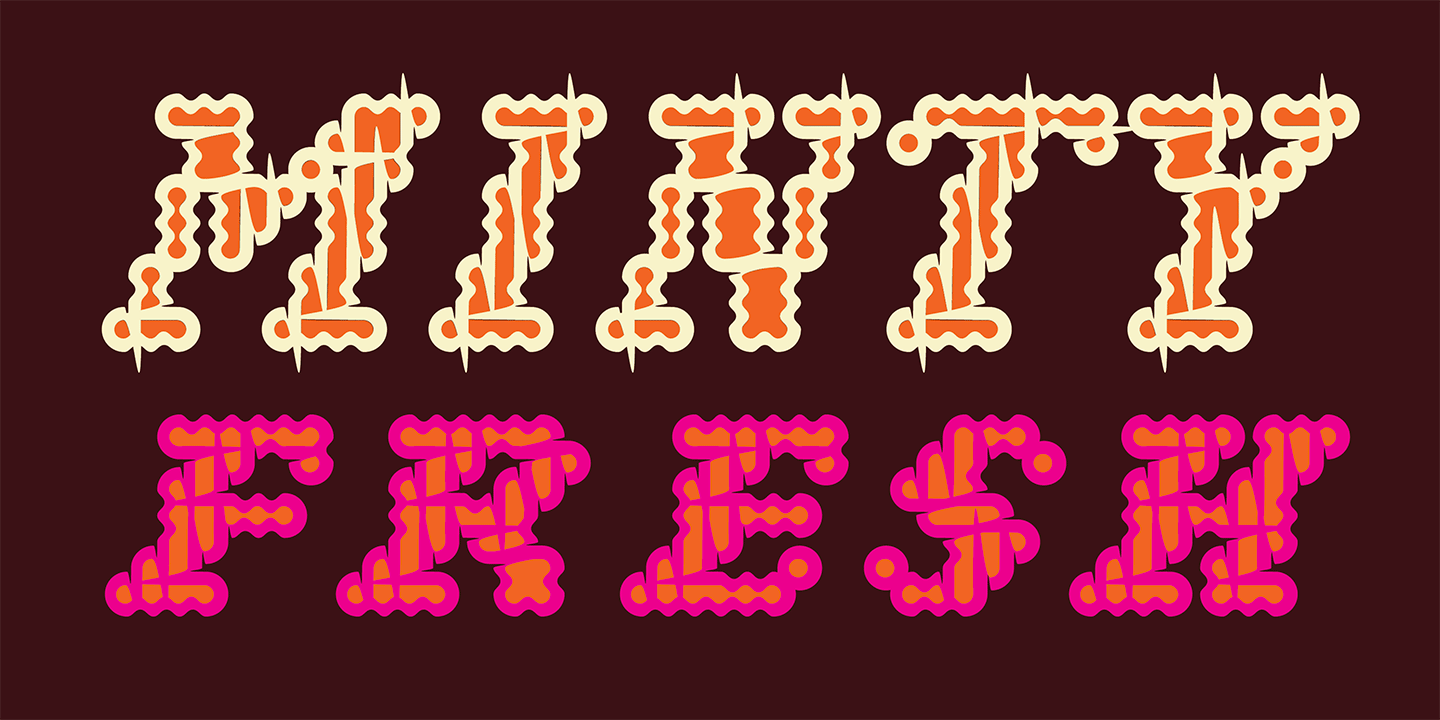 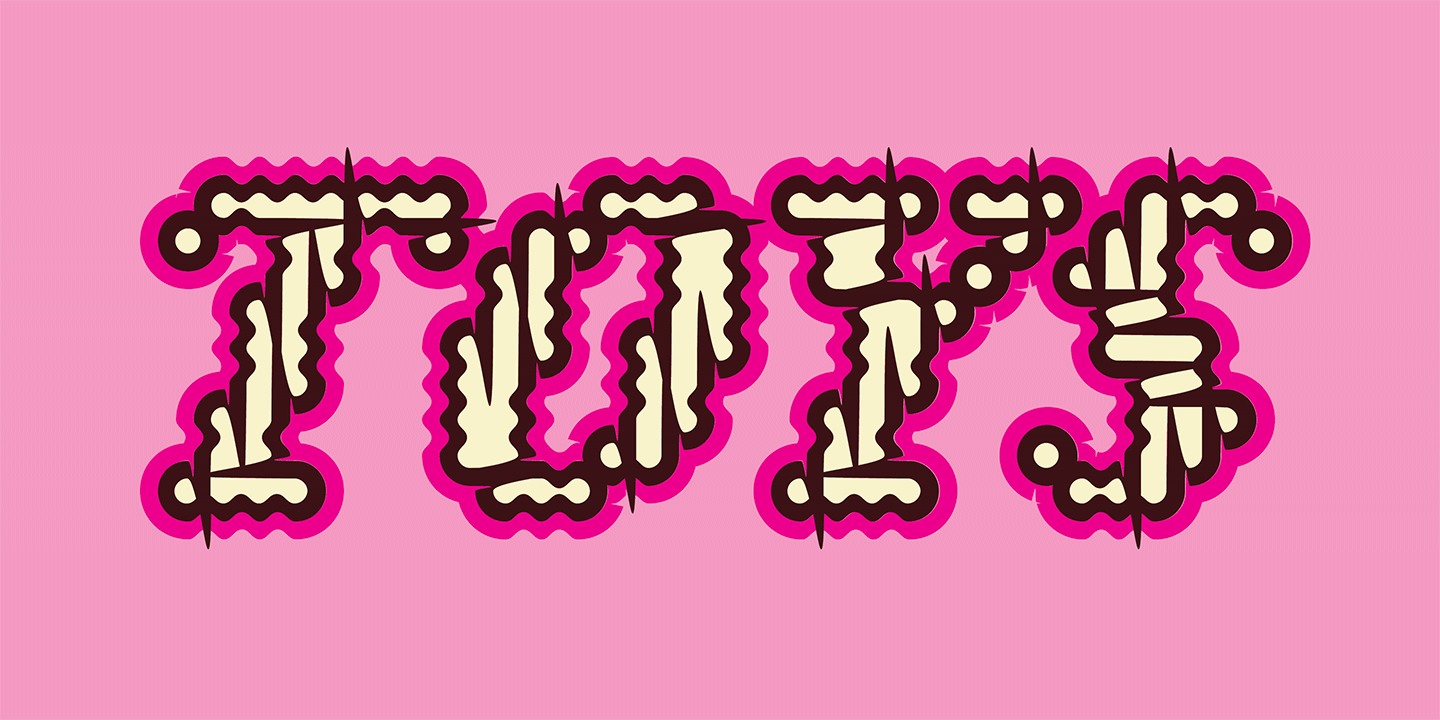 Narly embraces the relative sophistication of yesterday’s computer technology. Licko’s early typeface designs such as Emperor and Modula were reductivist in their construction, largely due to the crudeness and limitations of the Macintosh technology of the mid 80s. A decade later, with a slightly more sophisticated Mac, she was able to create increasingly intricate designs. Always keen to let the technology inspire and steer her designs, Licko created Narly as an experiment with modularity, repetition and chance.

The underlying structure of Narly was built from overlapping circular dots, that were fused and outlined in various ways to form five different mutations. The five companion fonts can be used in combination to create multicolored and multilayered typographic creations best used in large sizes on posters or as drop caps and word logos.

For more information about Narly, download the free type specimen.