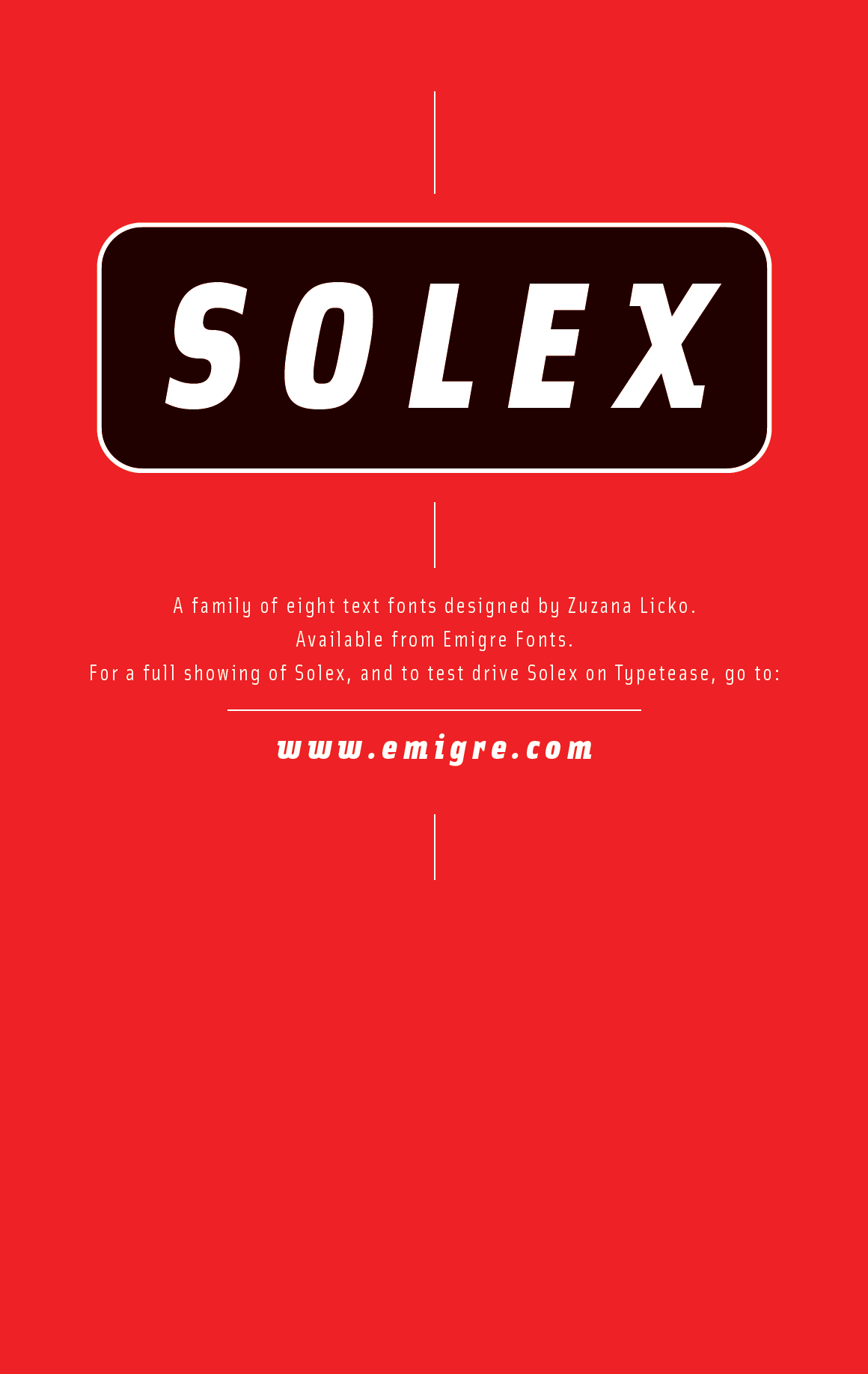 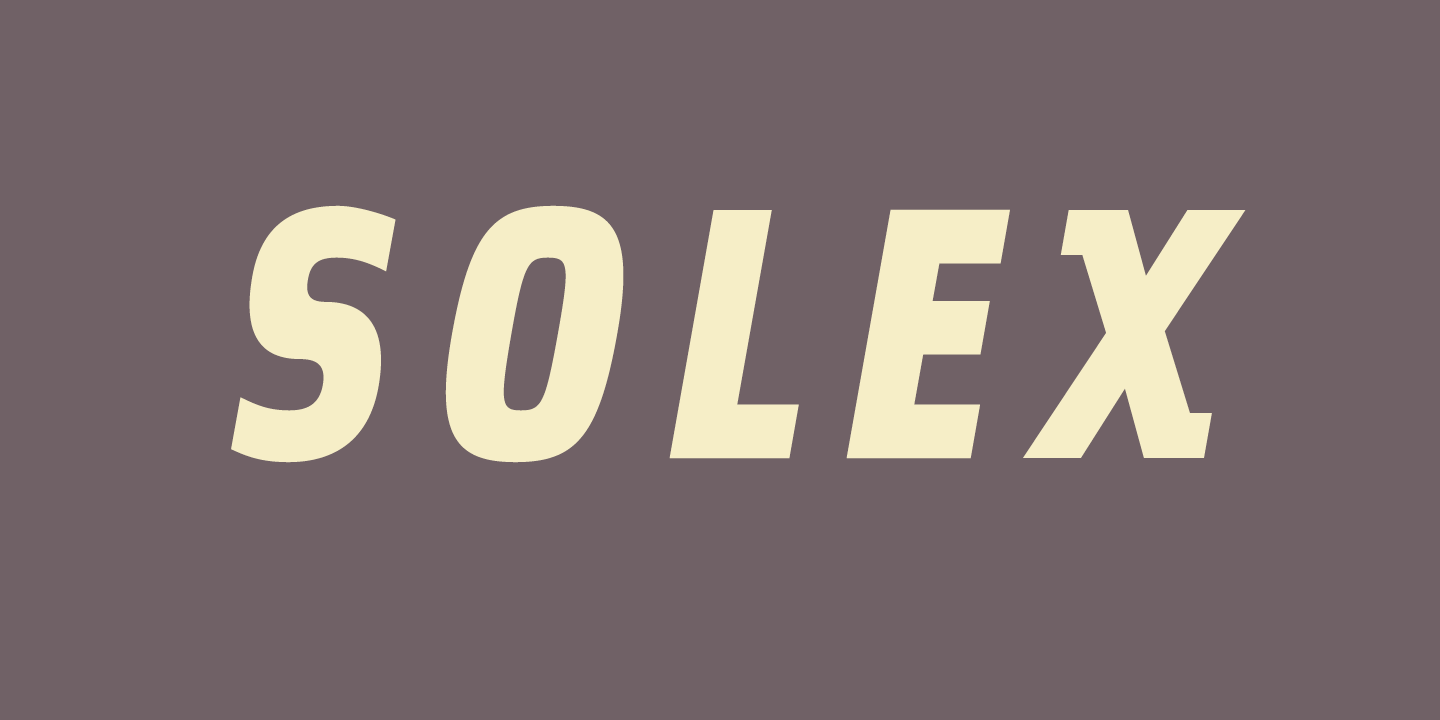 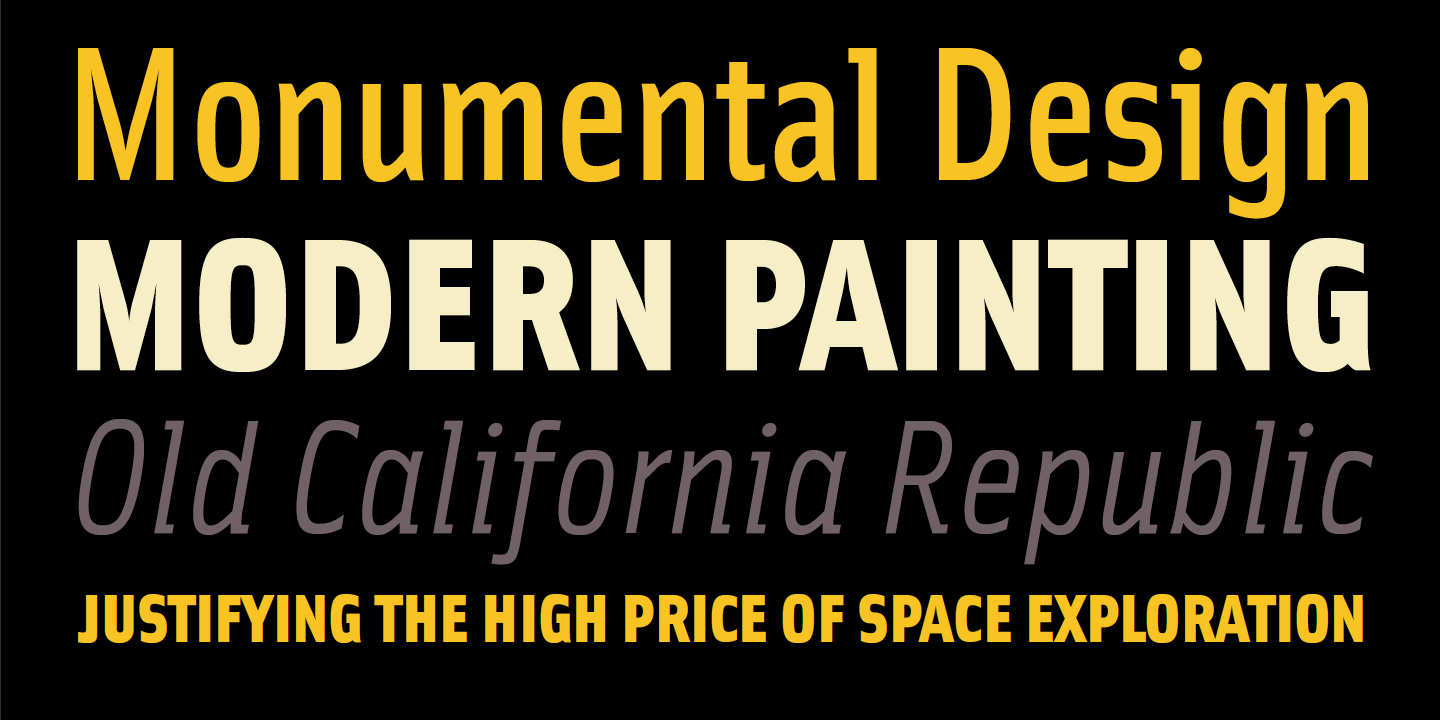 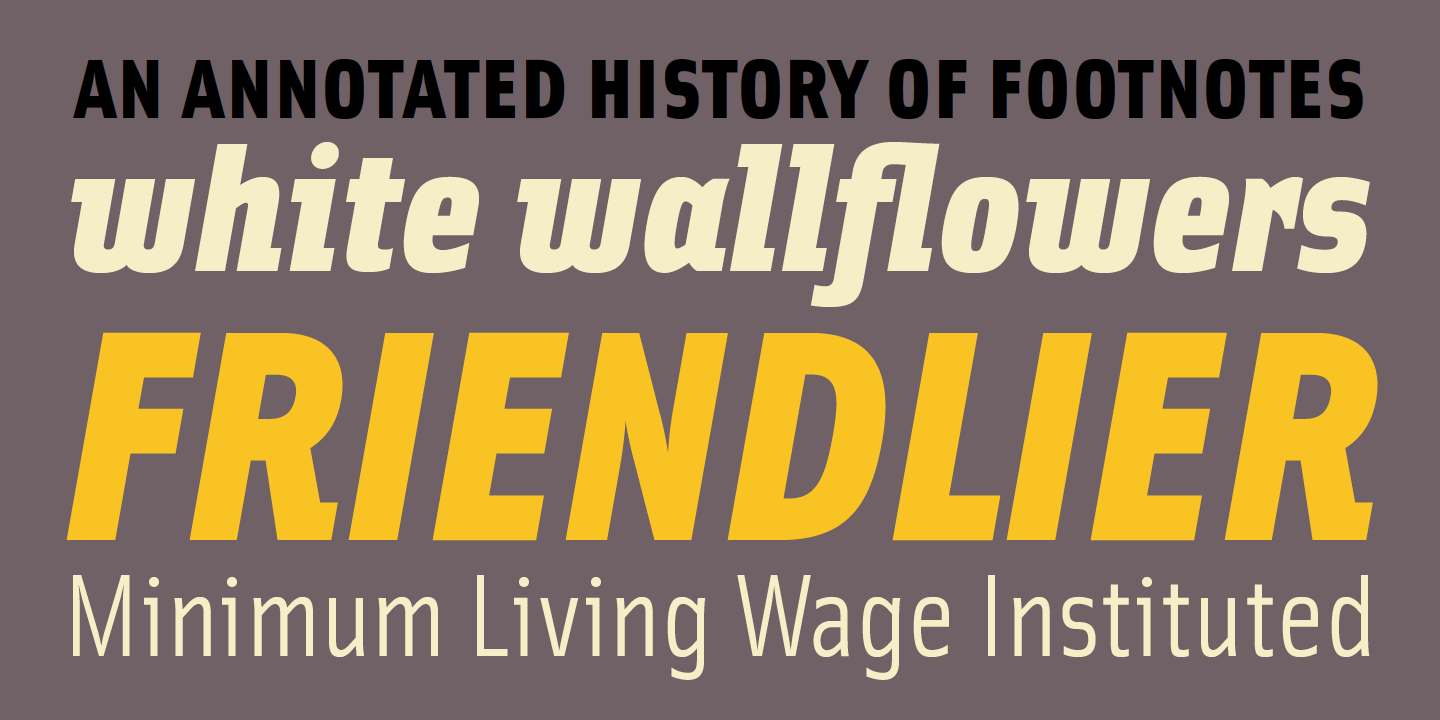 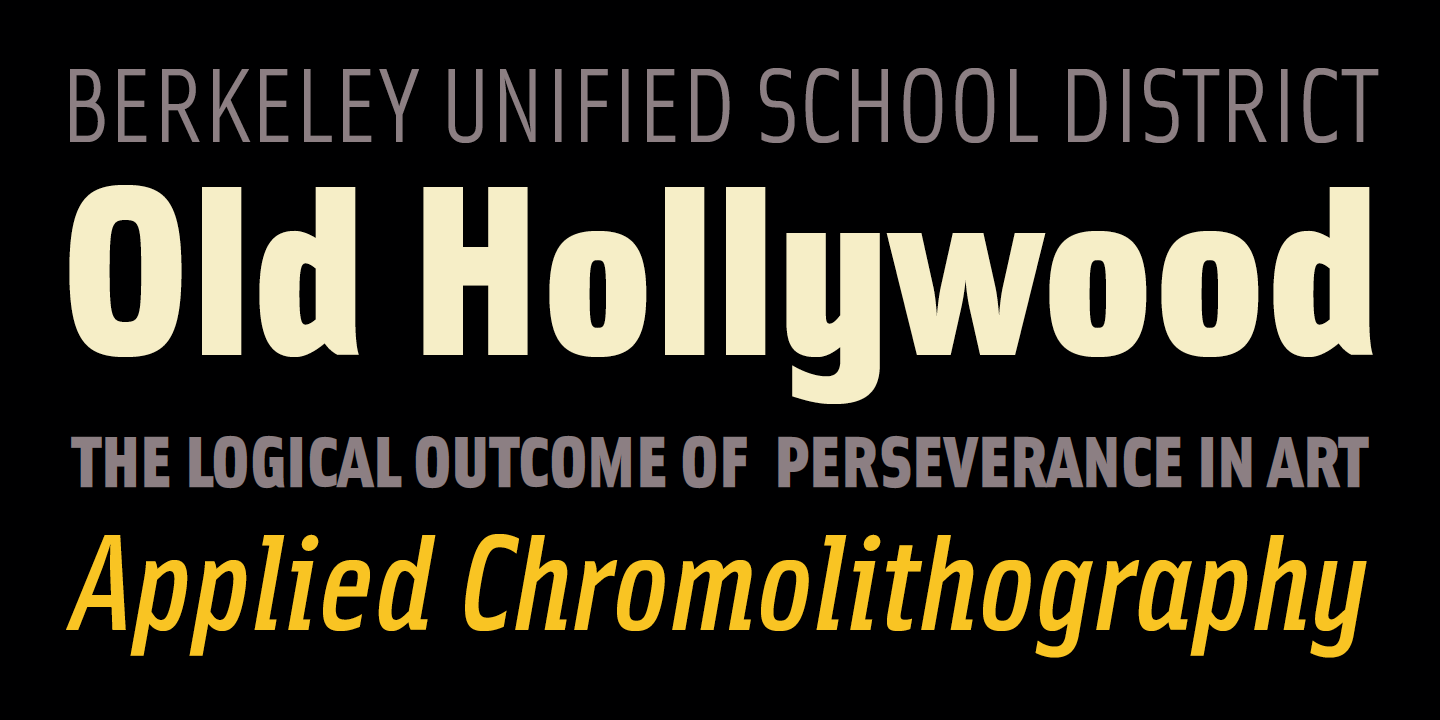 Solex is a studious exploration of the industrial sans serif genre. It marks an intersection of ideas that grew from two or three separate periods of development over the past hundred years.

The general source is a class of slightly condensed, rectangular, grotesque types made for newspaper ads and handbills from the turn of the 19th century such as Alternate Gothic (1903), Standard Gothic (1896) and News Gothic (1908).

The specific source of inspiration for Solex is Bauer Topic (aka, Steile Futura) designed in 1950 by Paul Renner, who also designed the larger and more influential Futura series more than 20 years earlier. In Solex, Licko has preserved the lone foot serif introduced by Renner at the base of many italic characters: a, d, h, k, l, m, n, u; and has added others where Renner did not: i, x. Licko has also introduced a head serif on letters where Renner put none: i, l, x. The added head serifs give Solex a trait often associated with monospaced fonts and typewriter faces, and give the i, l, and x two apiece.

Solex also revisits postmodern themes seen in Erik Spiekermann’s digital milestone, Meta Sans, and its cousin, Officina Sans. In both Licko’s and Spiekermann’s designs we find a measure of rigidity, linearity, and noncalligraphic monotone. Indeed, Solex even shows faint signs of going in the direction of Matthew Carter’s series, Bell Centennial, with respect to the narrow (almost trapezoidal) bowls, slimmed interior strokes, and pronounced traps. All the same, Solex has a look of its own in text settings, and it will likely find a place for itself among numerous other condensed grotesques in the years ahead.

For more information about Solex, download the free type specimen.