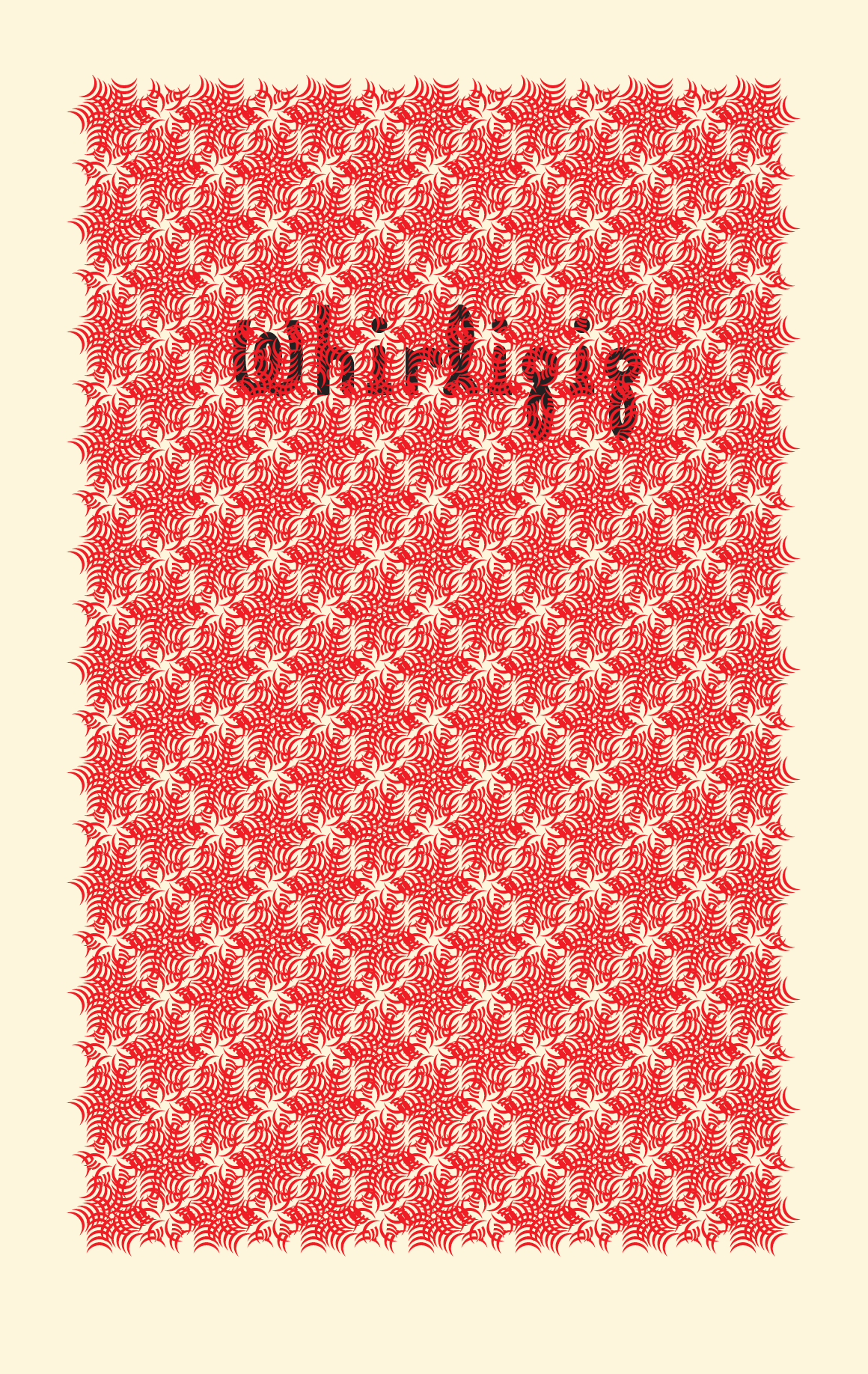 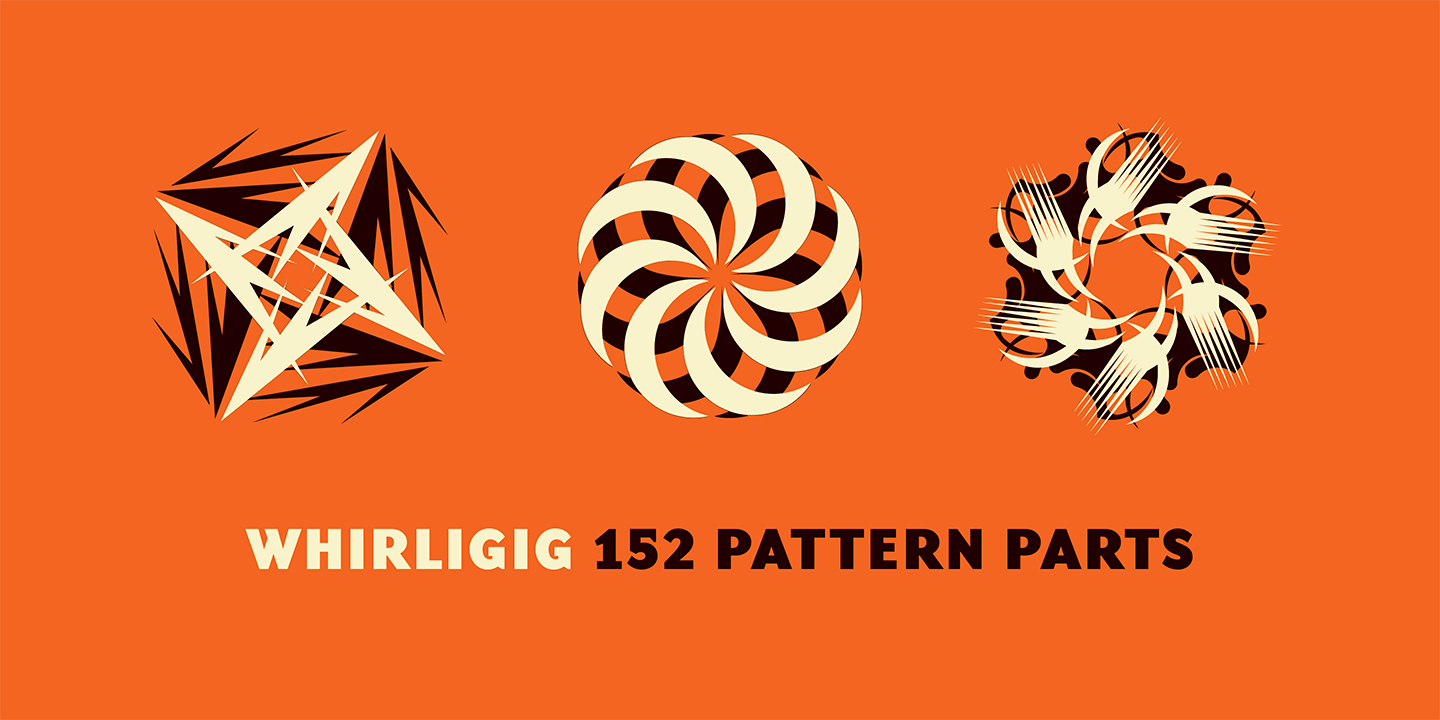 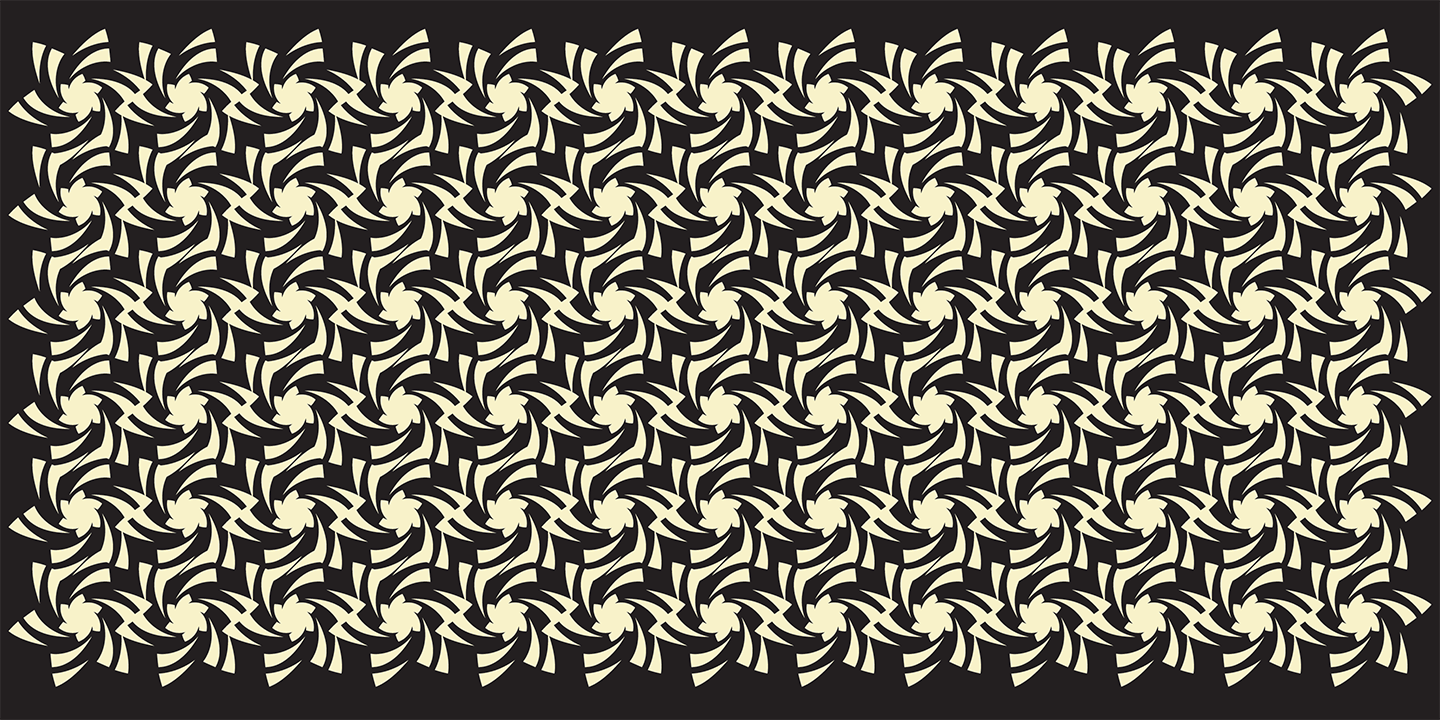 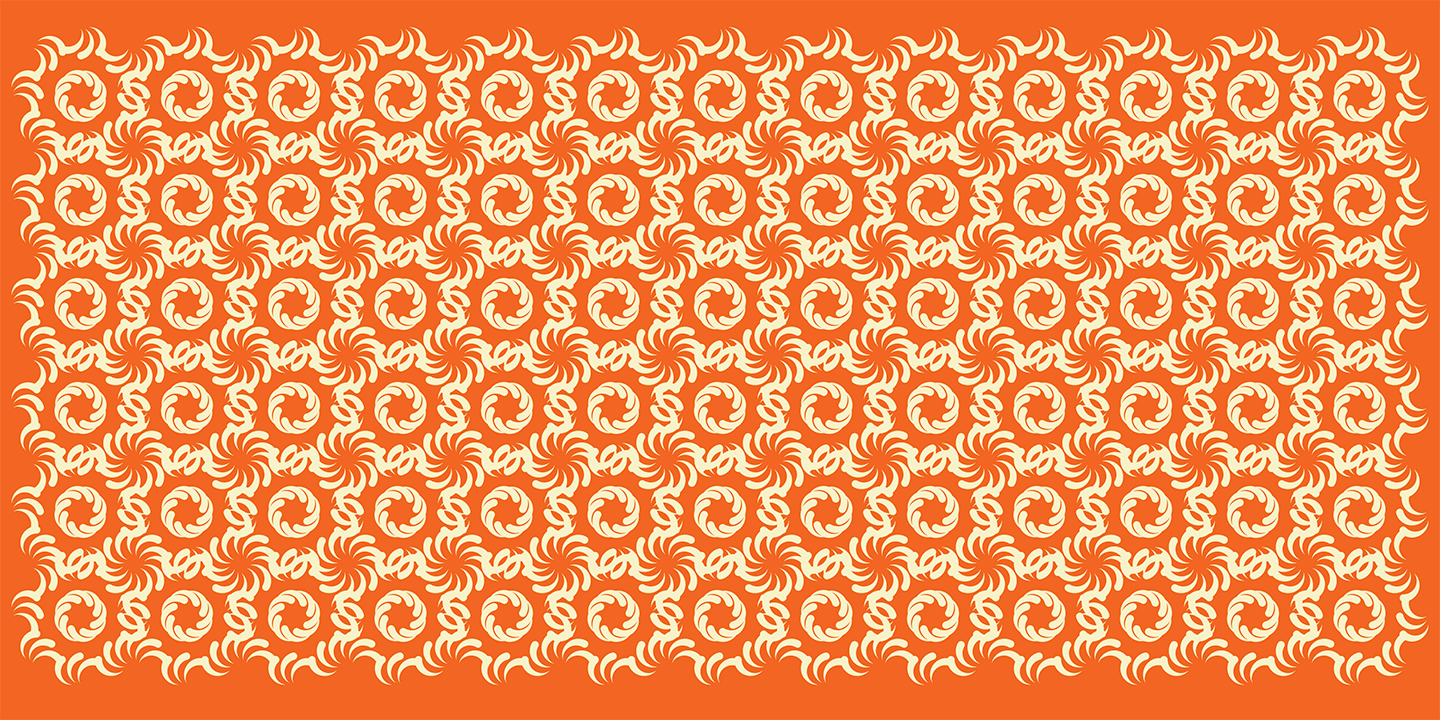 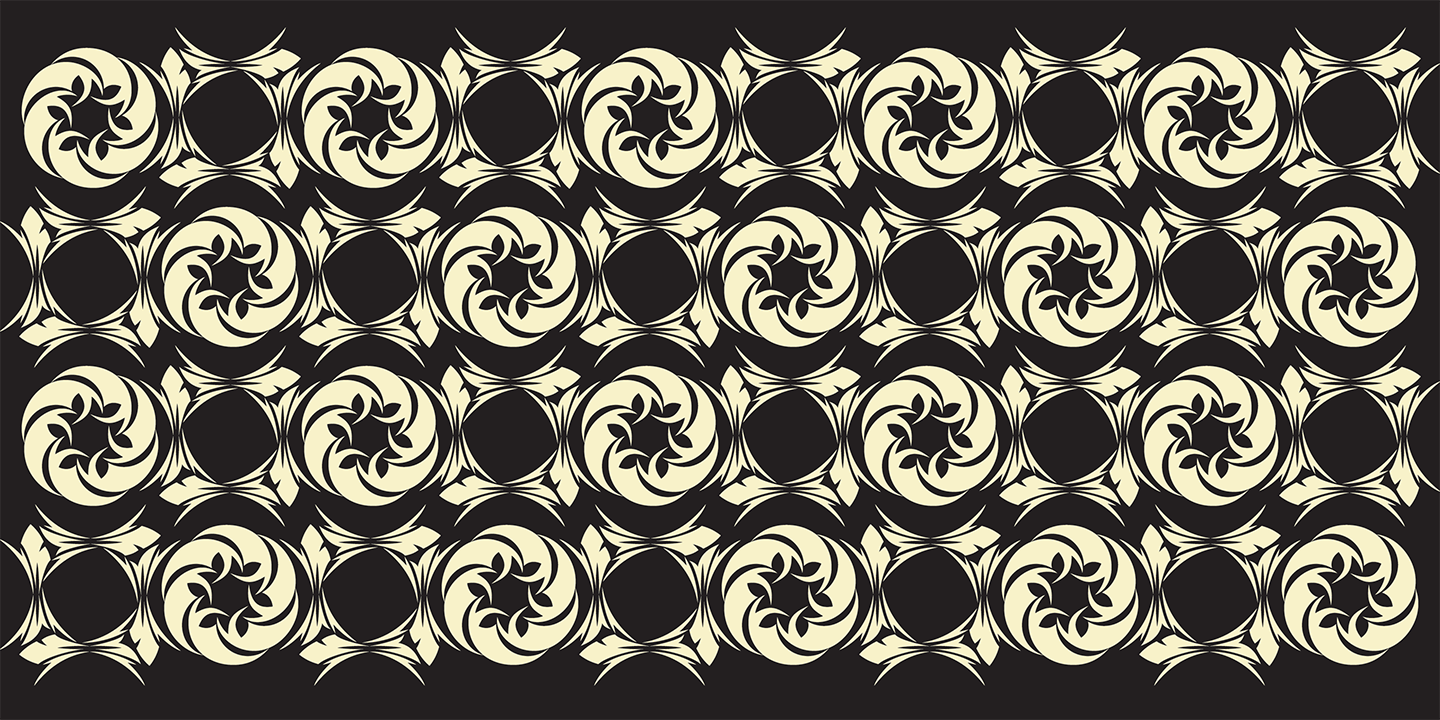 Each Whirligig illustration is composed from a repetition of small elements; some fairly straightforward geometric constructions, others more organic forms which evolved from the process of adjusting the positive and negative space as necessary to balance the element visually within the structure of a particular repetition sequence.

By applying a precise structure of repetition, be it in multiples of two, three, four, six or eight, concentrically or diagonally, these relatively simple elements support each other into units of higher complexity. In turn, the composed units create ever more complex patterns when repeated in various combinations, which can further be composed into macro patterns. This evolution of elements into structures into patterns yields images analogous to those seen when viewing the world through a microscope, telescope, and kaleidoscope.

Since each illustration, as well as the space bar, is the same width, any combination will yield a perfectly aligned block; borders can be composed by typing the appropriate number of space bars to fill out the void in the frame. This, of course, is just a starting point for Whirligig usage; use your imagination to create a virtually endless variety of textures by combining repetitions of different illustrations.

For more information about Whirligig, download the free type specimen.