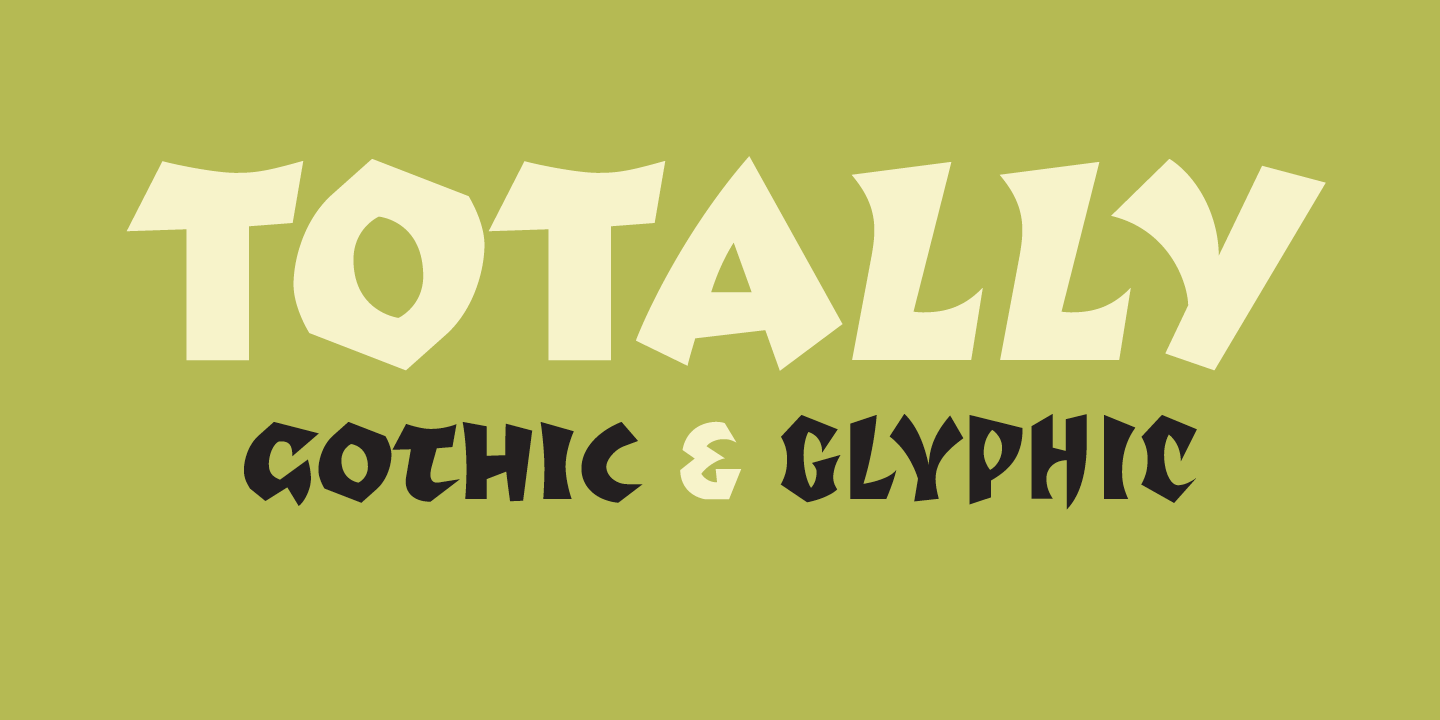 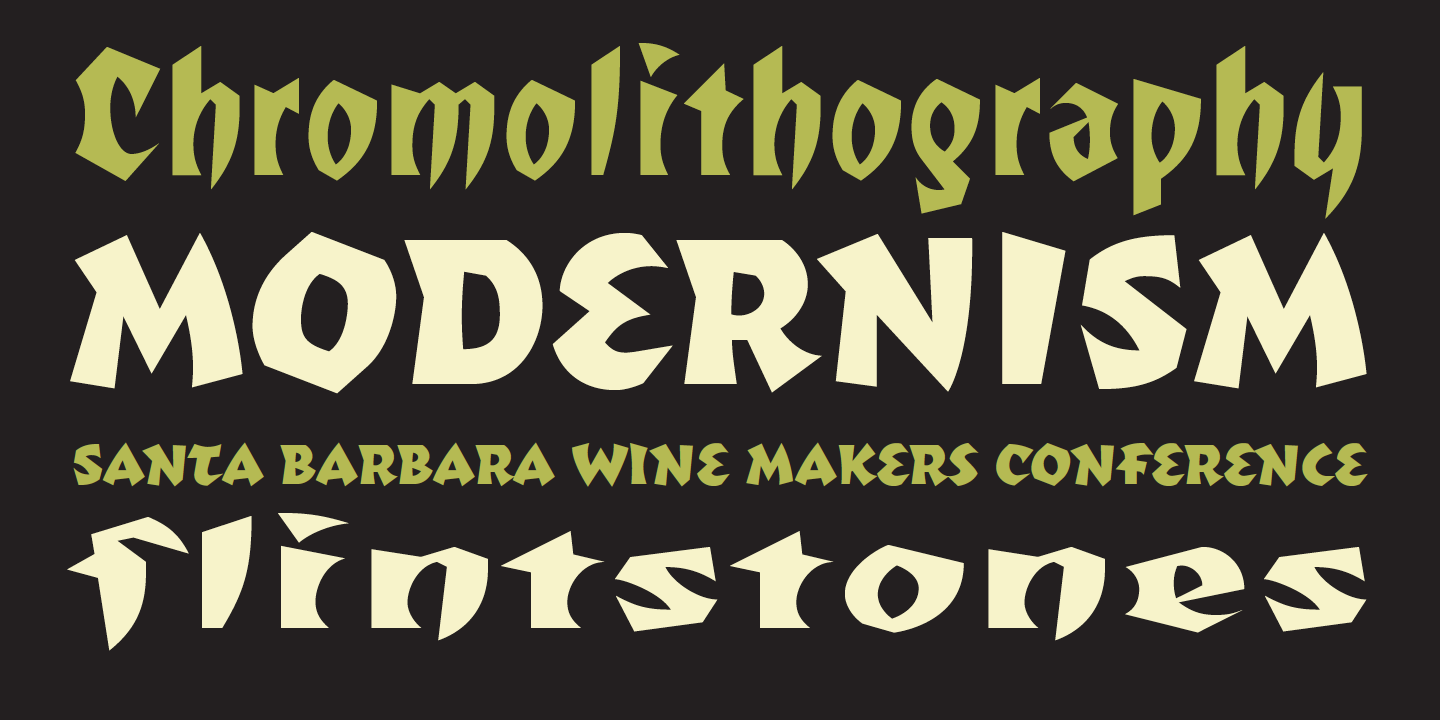 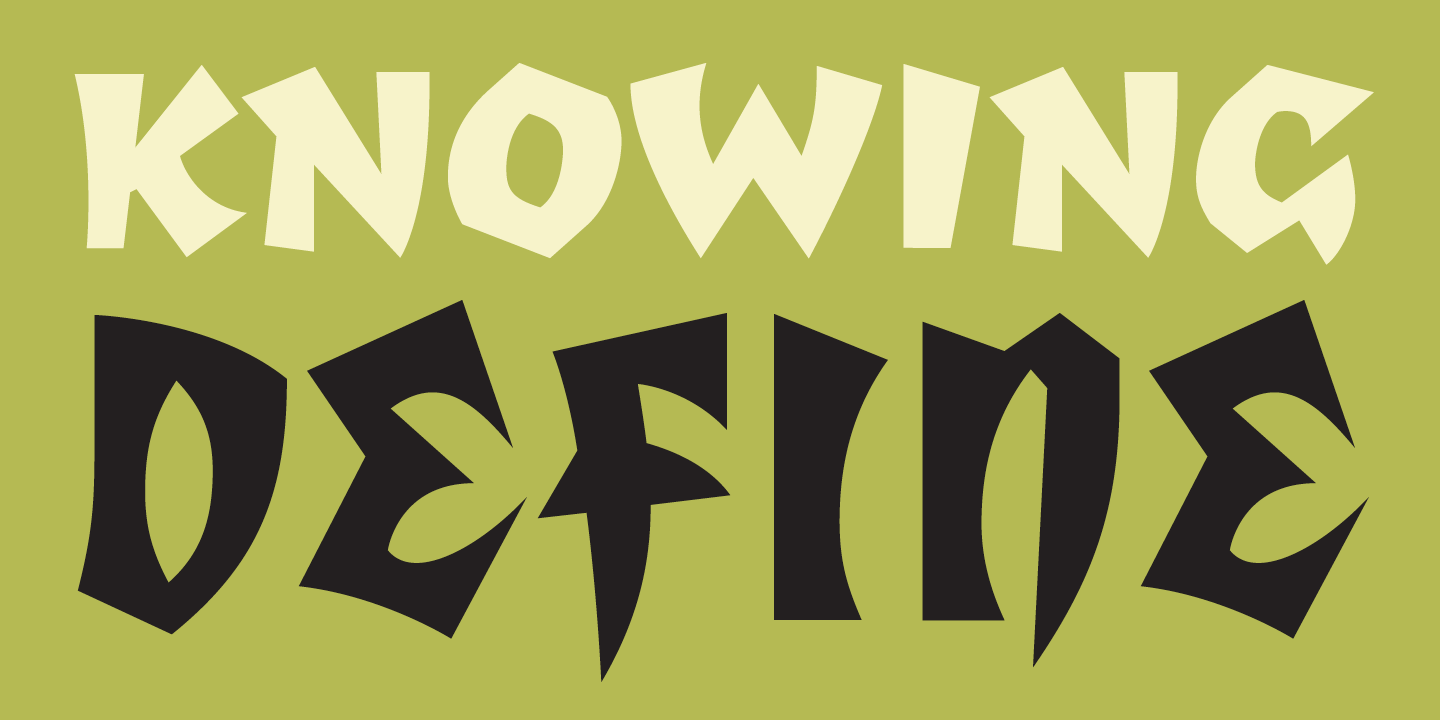 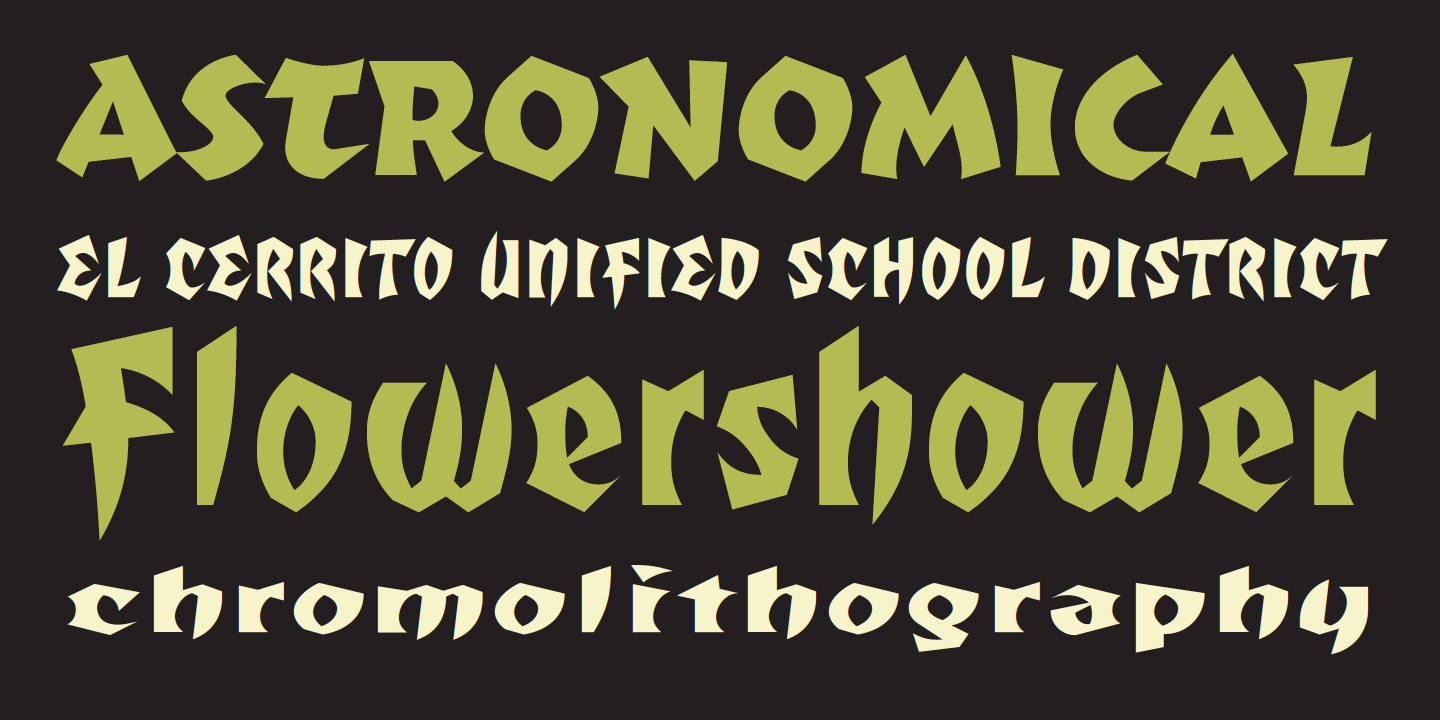 Totally Gothic is Zuzana Licko’s 20th century interpretation of the blackletter style. As with many of her early designs, Totally Gothic started from a bitmap. In those days, aliased bitmaps were state of the art, and she was experimenting with their possibilities. One of these experiments began as a blackletter bitmap which was not so interesting in itself, but when she applied PostScript outlines around the characters by auto tracing them several surprising shapes were generated. The essence of these forms became the basis for the Totally Gothic design.